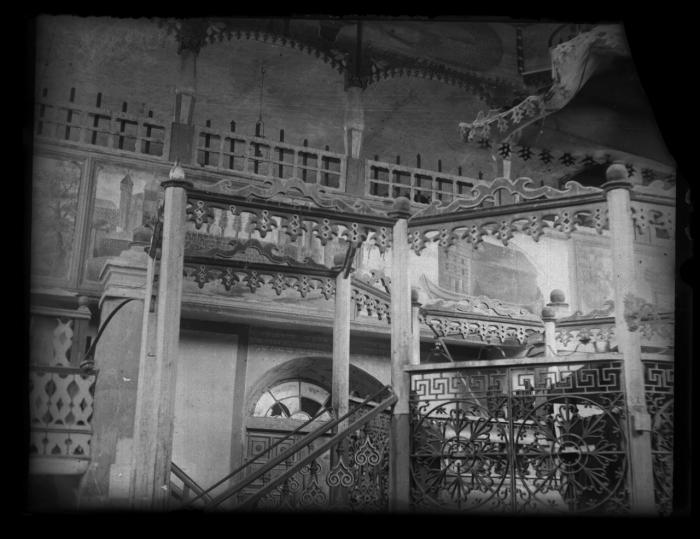 Three groups of paintings of different styles can be seen in the photographs taken in 1928. Each of these groups has been located in different architectural parts of the prayer hall. The first group is located on the lower tiers of the dome. The second type of paintings adorned the eastern wall. The third type of painting was located on the balcony of women's galleries. The elements of Neogothic decor in the wall paintings of the eastern wall indicate that they were made in the seventies - eighties of the 19th century. Probably, at the same time have been made a paintings on the women's galleries. The models for those paintings have been taken from the printing "Mizrahs" with the images of the Holy Places in the Land of Israel. 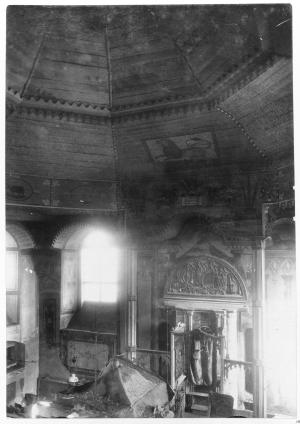 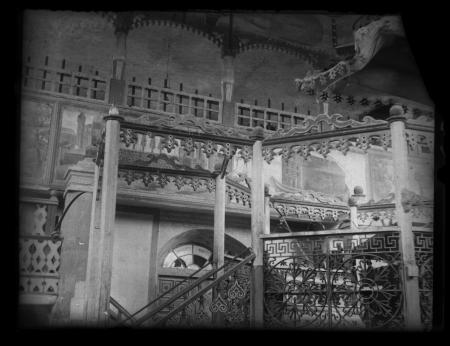 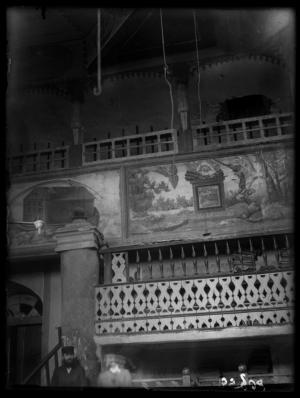 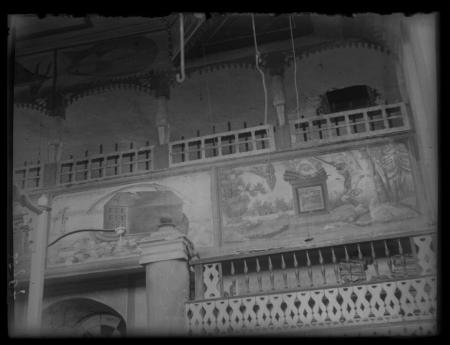