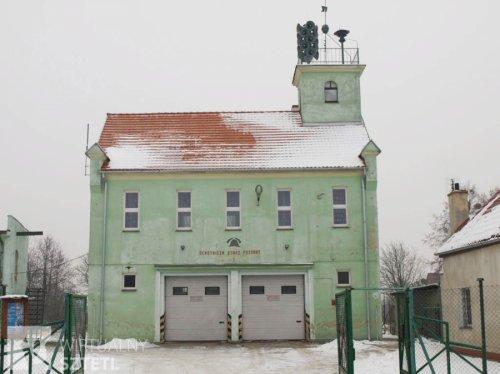 In 1847 it was decided to build a new synagogue at Flurstrasse 62 (currently Odrodzenia Street), even though the Jewish community was declining in numbers.The Rothschild family from Frankfurt and Vienna supported the project and the synagogue was dedicated on 9 January 1848  by Rabbi Kroner from Brzeg and the main orthodox rabbi of Wrocław, Rabbi Gedaliah Tiktin.

The synagogue was in use until  the  Jewish community finaly ended in Lower Brzeg in 1918.  It then became the property of the local community of Wrocław and in 1926 was sold to the city. In 1927 it was refurnished and used as an engine house.

A banking Rothschilds family from Frankfurt and Vienna supported Brzeg Jews. A ceremony of devoting the synagogue happend on 9 January 1848 leaded by rabbi Kroner from Brzeg and the main orthodox rabbi of Wrocław – Gedalje Tiktin.