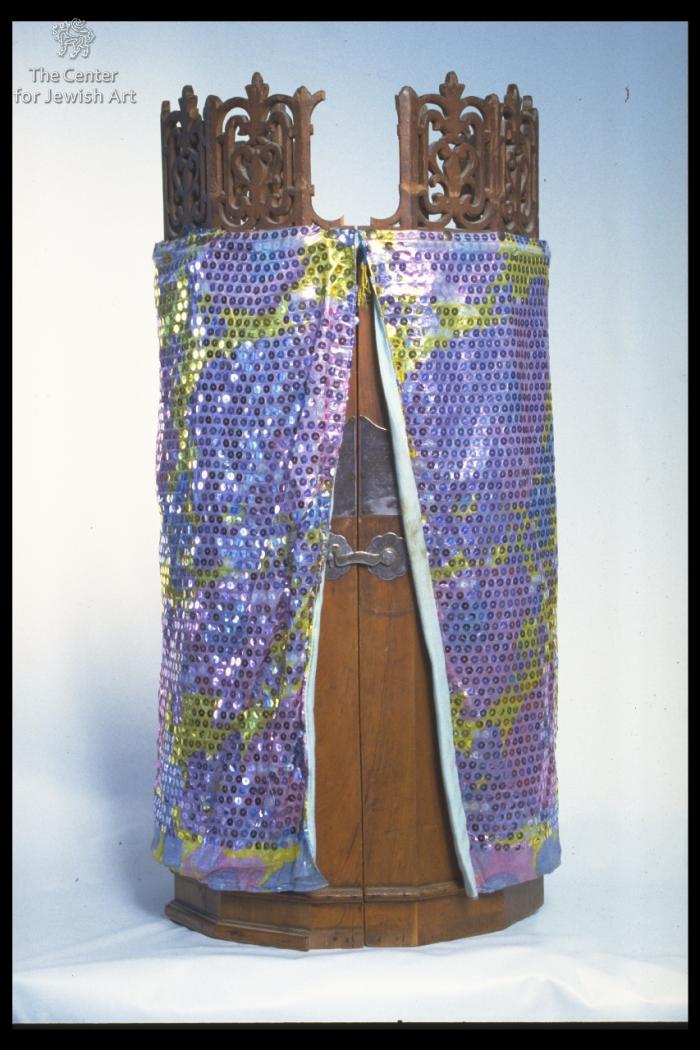 The case is composed of twelve facets and is encircled by two pairs of strips at its upper and lower edges, creating two friezes.

Knobs for hanging the Torah wrapper are set between the upper strips.

A gate-shaped dedicatory plaque appears at the front facet, opening at its centre into two vertical parts. The plaque bears a dedicatory inscription written in square linear letters, it reads:

An additional dedicatory inscription appears between the two upper strips:

The openwork coronet is composed of twelve units which continue the body’s facets. Each unit depicts a fleur-de-lys at its centre framed by two pairs of round scrolls. An additional fleur-de-lys tops each facet while a bud surmounts the connections between the facets.

Holes for the inserting the Torah scroll staves appear at the top and bottom. 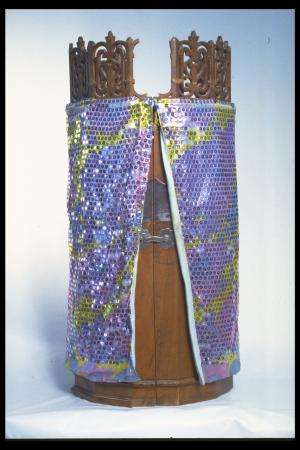 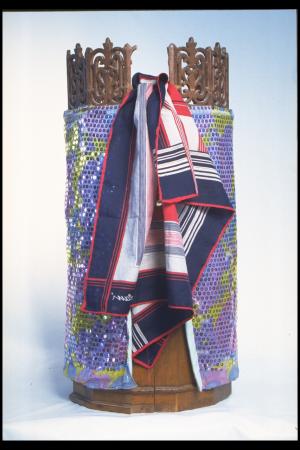 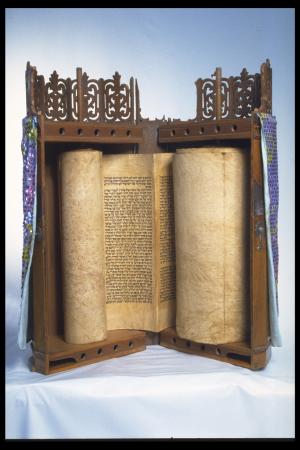 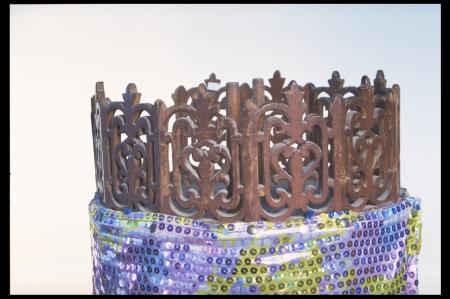 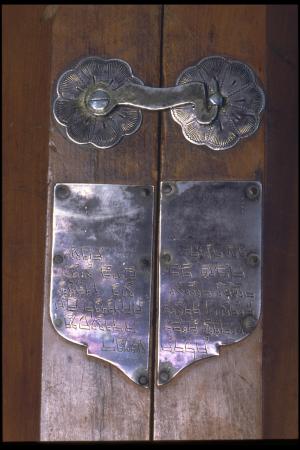 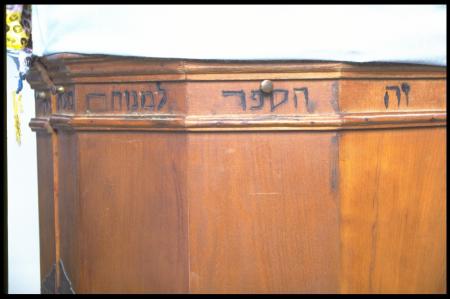 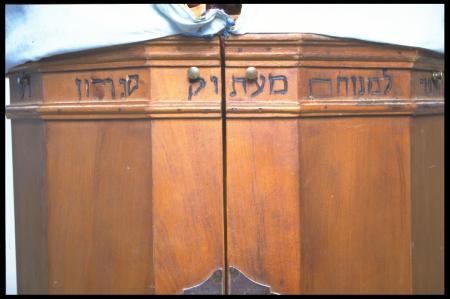 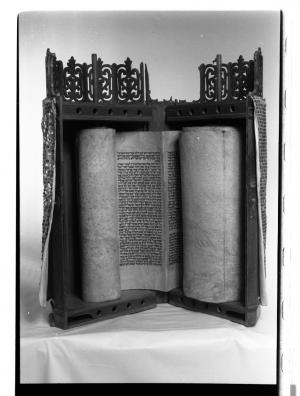 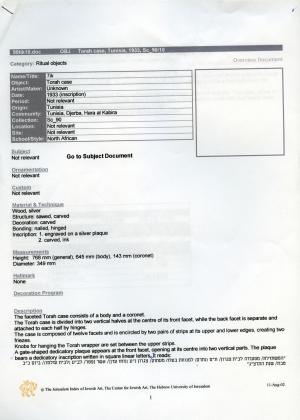 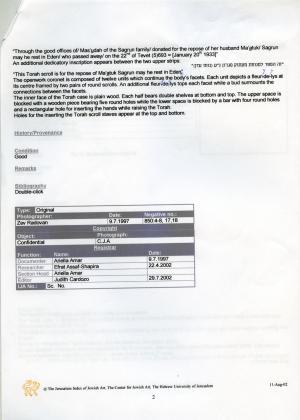 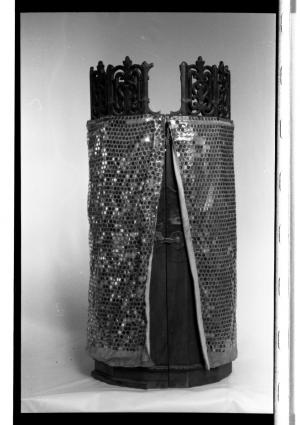 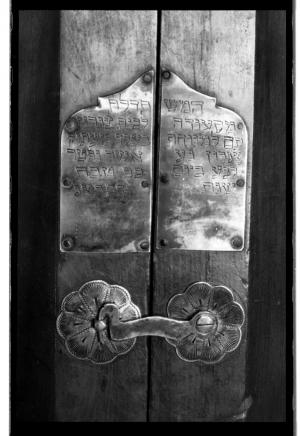 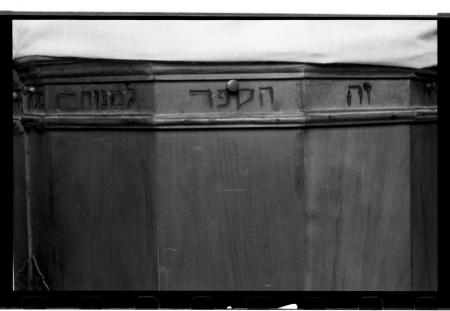 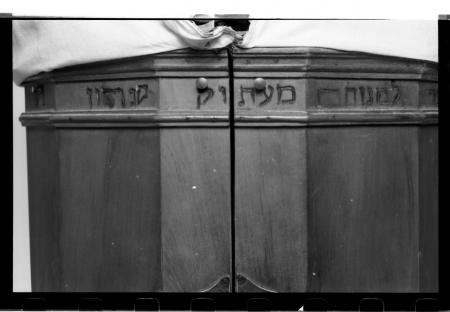