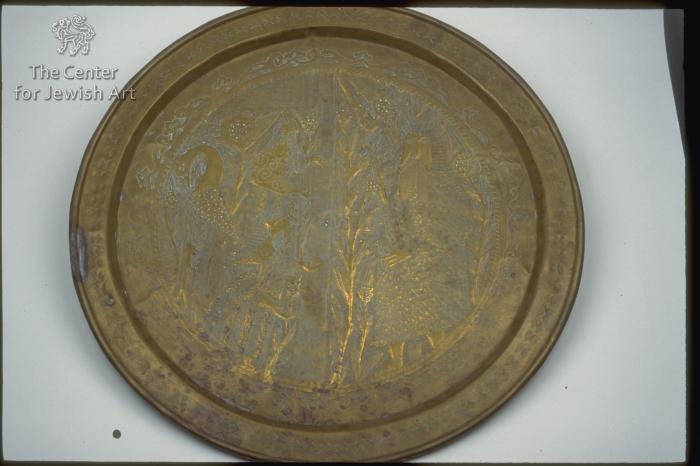 © Center for Jewish Art, Photographer: Salmon, Naomi, 7.1994
The brass plate is round, with a raised rim. The central decoration depicts Moses smiting the rock and the water coming out from it. Moses, right to the stream is depicted frontal, wearing a robe and holding his rod pointed toward the rock. A spleated beard adorns his face and two rays of light emereged from his head. The stream of the water coming out from the rock verticaly in the centre devides the scene to two parts. Left to the stream are two bearded men, one obove the other, stretche out their hand towards the streaming water. A peacock stands left to the men within the flowers which growes as a background to the scene. A band of foliate scrolls surround the central depiction and a pattern of diamonds decorats the rim of the plate.
Summary and Remarks 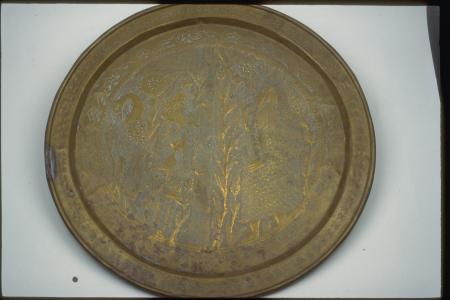 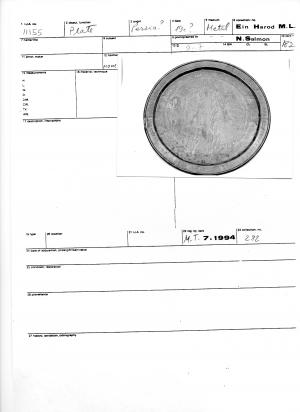 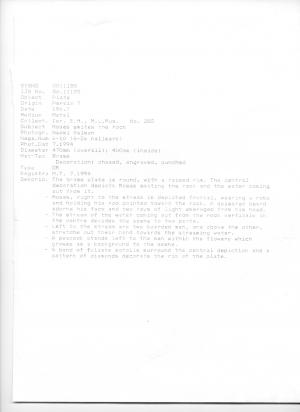 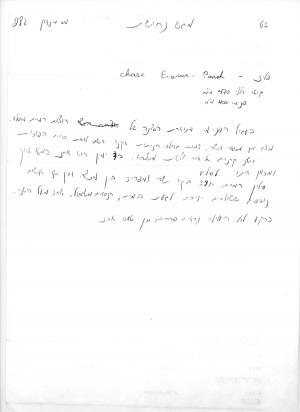