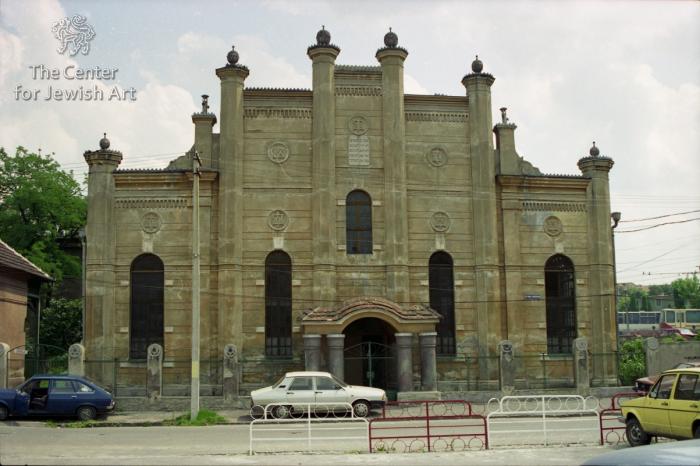 The synagogue in Mediaș was built in 1896. It combines elements of the Neo-Moorish and Neo-Romanesque styles.

The main, western façade of the synagogue faces Kogalniceanu St. and its side, southern façade faces Unirii St. The western façade is decorated by six pilasters shaped as octagonal towers with a finial at the top. The entrance door is preceded by a portico supported by four massive columns. The façade is decorated by round medallions with Stars of David; tablets of the law are placed in its center, above the central window. The southern façade is more modest; it is also decorated by round medallions with Stars of David. The eastern façade is blank, pierced only by a oculus. A pavilion with large windows is attached to that façade; the pavilion has no connection to the synagogue’s interior.

The prayer hall has a women’s gallery on its three sides and a central bimah, and it is spanned by a barrel vault.

The eastern wall of the prayer hall is painted as a blue sky with stars.

Two identical sets of pictures appear in the lower tier of the side walls. They start on the eastern wall with paintings of Magen David and the Crown of the Torah. The eastern pier of the northern/southern wall has a “triptych” of two seven-branched menorot and the tablets of the Law, inscribed נר מצוה ותורה אור (“For the commandment is a lamp; and the law is light,” Prov. 6: 23). The central pier of the northern/southern wall has a “diptych” of two eternal lights, inscribed שמור נרי ואני אשמור נרך (Midrash Tehilim, 18). The western pier of the northern/southern wall also has a “diptych”: a goblet is inscribed כוס ישועות אשא
(“I will take the cup of salvation,” Ps. 116:13); a laver is inscribed ארחץ בנקיון כפי (“I will wash my hands in innocence,” Ps. 26:6). The last pictures of the sets on the western wall are two identical but mirrored images of the Western Wall in Jerusalem, each inscribed כותל מערבי (The Western Wall, Fig. 19). The entrance door in the center is flanked by two identical but mirrored depictions of a shofar with an olive branch, inscribed תקע בשופר גדול לחרותנו (“Sound the great shofar for our freedom,” The Amidah Prayer).

Although entirely preserved, the building is currently in a dilapidated state and demands urgent repair and restoration.

Synagogue in Mediaș - exterior, photos of 2019 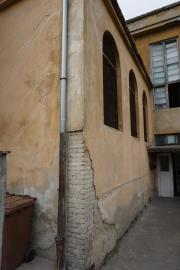 Synagogue in Mediaș - a pavilion attached to the eastern facade 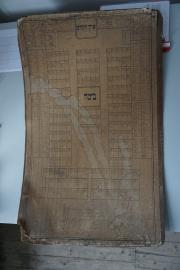 Synagogue in Mediaș - Plan of seats 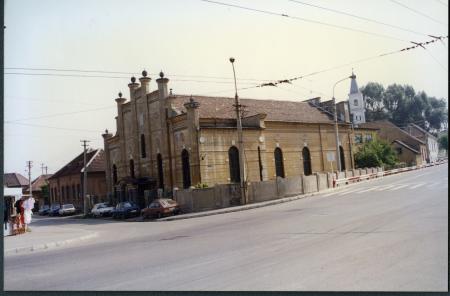 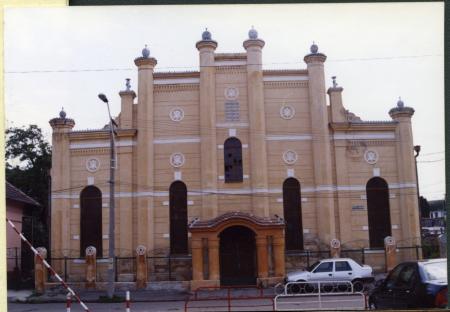 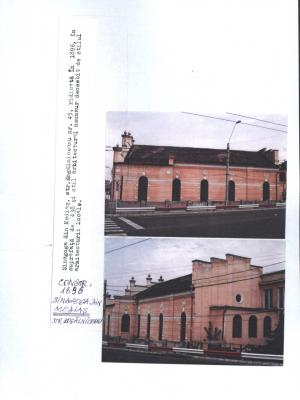 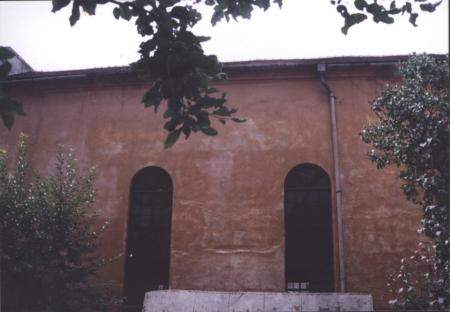 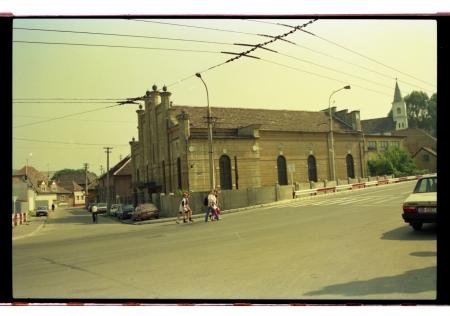 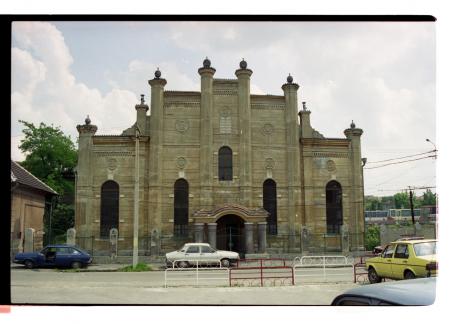 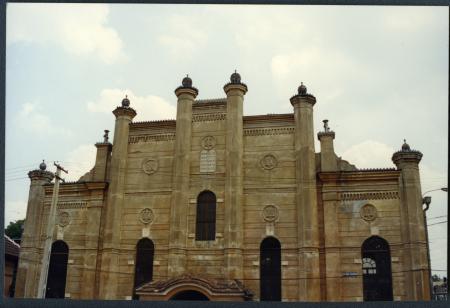