From 1924 to 1928, the main hall was enlarged towards the west, nearly doubling in size (inner measurements: 6.70 x 6.70 5.10 x 8.70 m [full-length 11.70 m]), with a large new polygonal apse (3.00 x 5.10 m).  The two flanking wings remained the same size as in the building of 1882, though doors were opened in the south wing. The ceiling was changed from a mirrored vaulting to a double mirrored one. In the east facade, a vestibule was added (2.10 x 2.80 m), flanked by two small service rooms (2.00 x 1.80 m each).  These seem to be an afterthought, because they do not feature in the original enlargement plan.  Moreover, the fact that the front socle of the vestibule continues from its south corner to the inner wall of its adjacent south room suggests, that the vestibule was built first, before the planning of the side rooms.  Another significant change of plan is seen in the large apse, which received an upper round window instead of an elongated narrow window on either side.

On the west wall, the polygonal apse has a round window, and the side wings have each a large arched window.

On the north wall, the cleansing room retained the exit door and the window in the adjacent room.   Another door is on the north wall of the vestibule’s second service room. 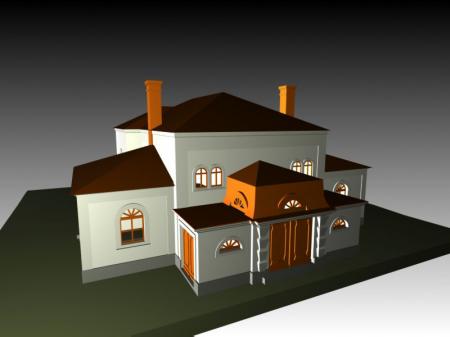 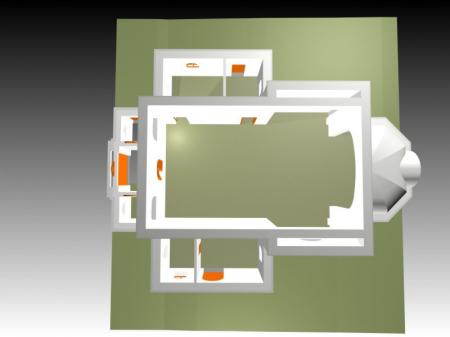 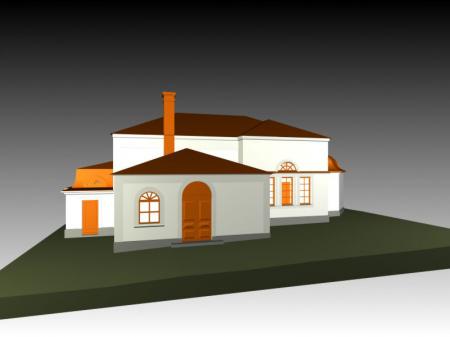 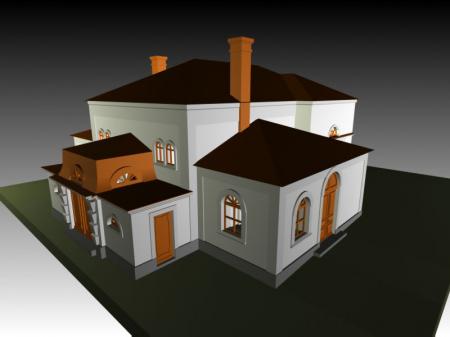 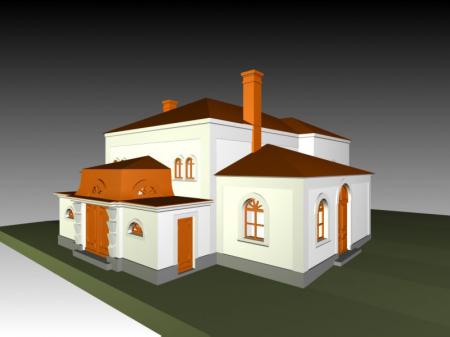 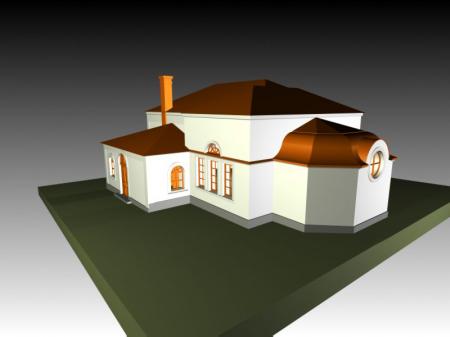 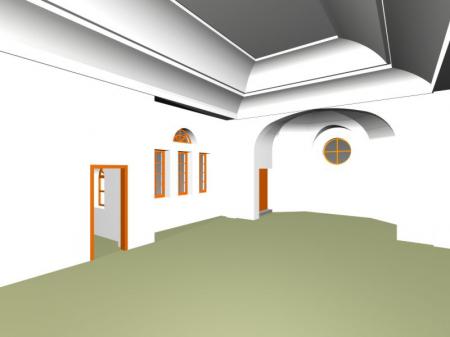 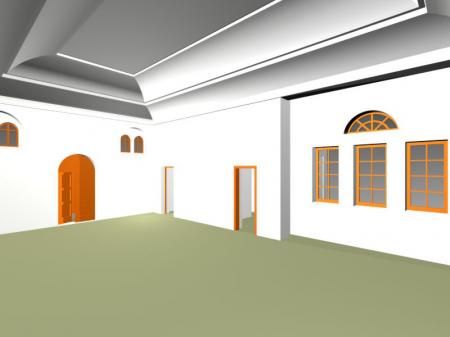 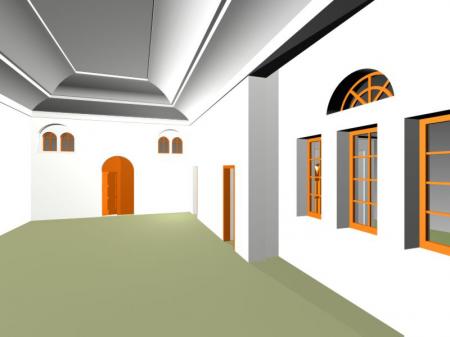 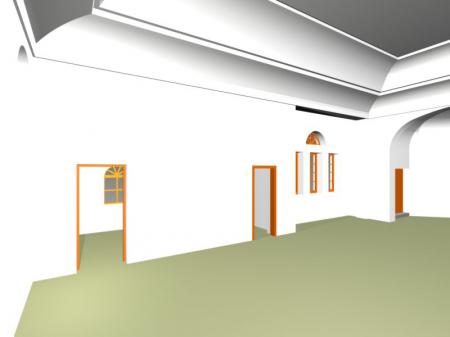 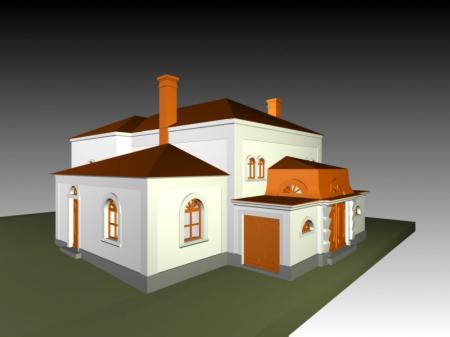