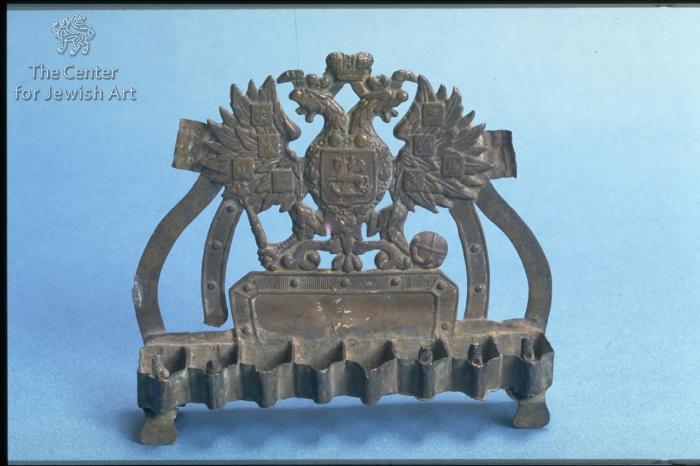 The Hanukah lamp consists of a row of eight oil containers, a back wall and legs.
The row of eight angular oil-containers with slit strips for the wicks is fastened to the lower side of the back wall, resting on four legs.
The back wall is composed of a double-headed eagle with spread wings. The eagle holds a globe and a scepter in its claws while a shield depicting the figure of St. George displaying the arms of Moscow, is set on its body. Four additional shields with different figures are depicted on each of its wings, representing different provinces of the Russian Empire.
Two arched bands connect the eagle and the oil containers. 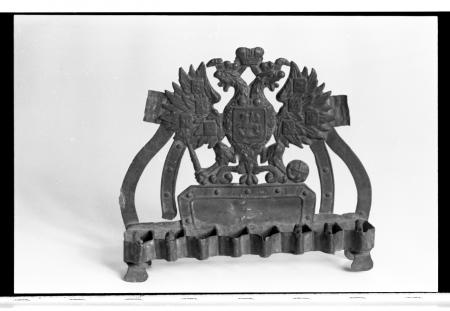 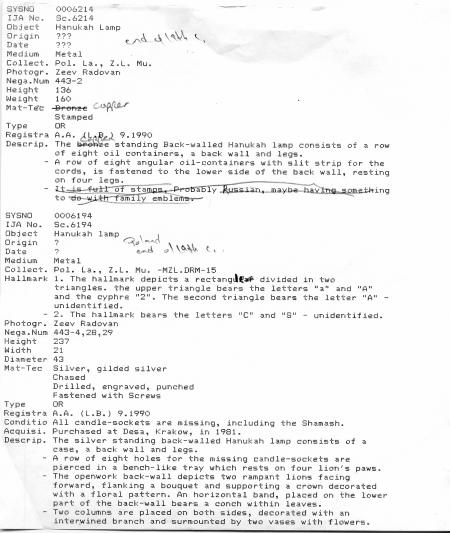 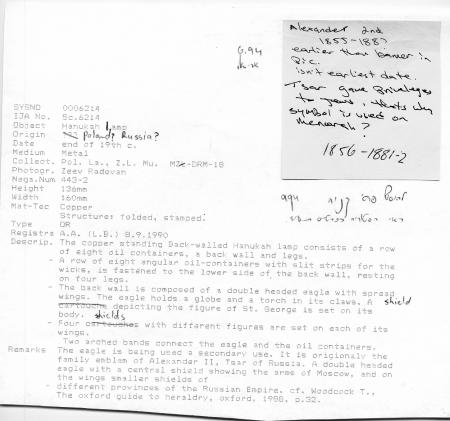 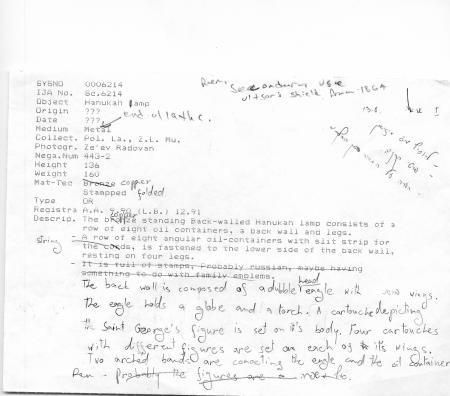 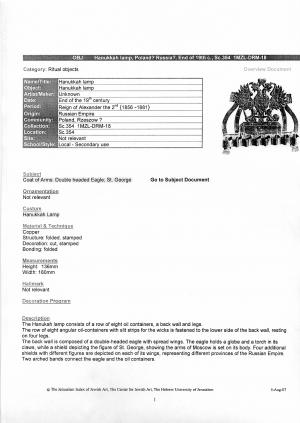 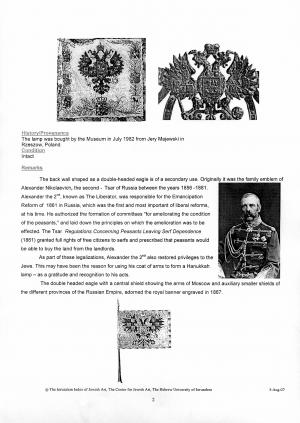 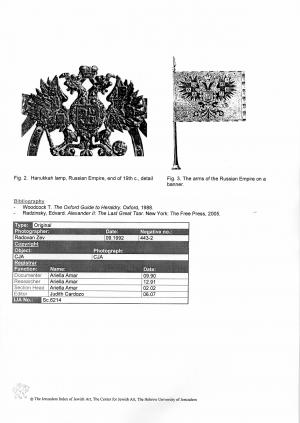 The back wall, shaped as a double-headed eagle, is of a secondary use. This form of the eagle was used during the reign of Alexander II, the Emperor of Russia between the years 1856 -1881 (Woodcock, The Oxford, p.32; figs. 1, 3).
The double-headed eagle with a central shield displaying the arms of Moscow and auxiliary smaller shields of the different provinces of the Russian Empire, adorned the royal banner engraved in 1867.