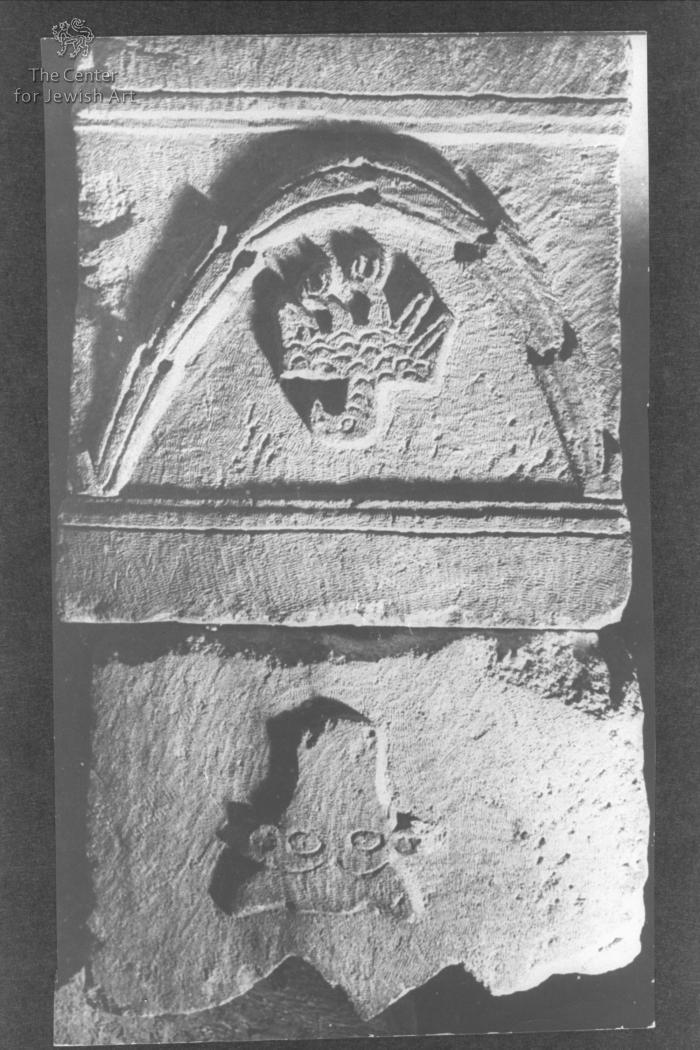 © Center for Jewish Art, Photographer: Unknown,
The sarcophagus has a rectangular body with a high gabled lid with four acroteria on the corners. On each of the long sides is an identical relief of two heraldic lions facing each other, flanking a central bull's head (bucranea) between them. On the right side is an eagle above a garland and on the left side is a bull`s head above a garland. The lid is also decorated, with four eagles above garlands on the slops of the lid, and a bull`s head on each of the narrow sides. On bouth of the long sides - are two heraldic lions. They are half crouched and have three feet extending forward. Their heads are large and have uplifted tails. The gaping mouths reveale rows of sharp teeths and extending tongues. The lions manes are designed by crescent-shaped incisions. On the right narrow side - is an eagle above a garland. His head is turning to the right and his wings are slightly spread. The feathers are engraved with a wave pattern. On the left narrow side of the sarcophagus - is a garland enclosing a bull's head (bucarenium). On the front side of the lid - two garlands are depicted, seperated by a band. Above each garland is the same spreaded eagle, with his head turning to the right. On the back side of the lid - is a relief of two garlands, one beside the other,which are seperated by a band. Each garland is enclosing a bull`s head (bucarenium). On both narrow sides of the lid another bull's head is carved.
Summary and Remarks 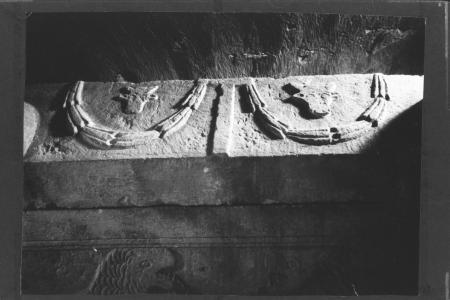 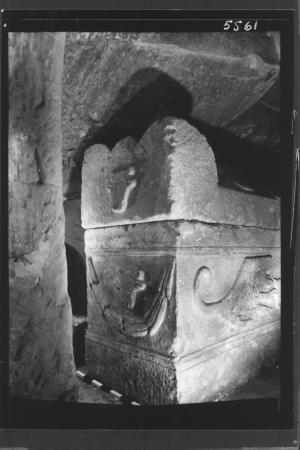 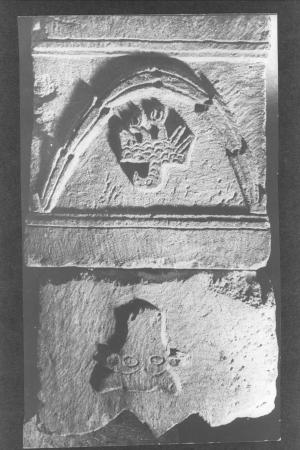 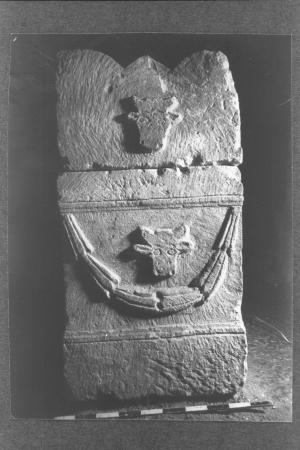 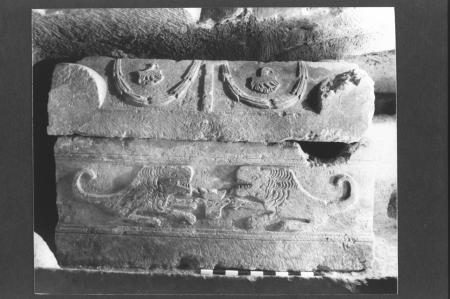