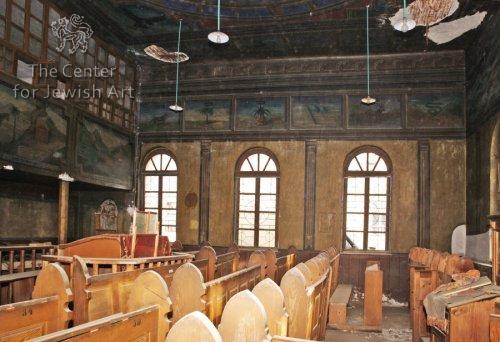 The prayer hall is square in a plan, covered by a flat ceiling. The walls, the ceiling and the balcony of the woman's gallery decorated by symbolic images as well as genre paintings with illustrations of the biblical texts and the holy places. Flat ceiling is decorated in the form of a round plafond which looks like a sky with a swallows flying over it. The images of the Four Animals from Pirkei Avot are placed on the four corners of the ceiling. Three groups of musical instruments illustrations Psalm 150 on the east wall to the left side of the Torah Ark.Two borders of the zodiac signs are depicted on the north and south sides of the ceiling. Unfortunately, the signs of zodiac are practically invisible. The Symbols of Tribes of Israel adorned the north and south walls of the prayer hall. The genre paintings placed on the western wall of the prayer hall on the balcony of the woman's gallery. The Torah Ark, in the form of a simple cupboard, placed on a background of purple curtain, which depicts two lions holding the tables of the covenant. The architectural decoration in the form of pilasters and complicated cornice surrounds the walls of the prayer hall.

An inscription on the south wall of the synagogue contains the artist's name and the date of his work. The year 1925  is encrypted in the verse from the Book of Numbers.

“How beautiful are your tents, Jacob, your dwelling places, Israel; Like valleys that stretch out” (Numbers 24:5-6)

For the scheme of wall paintings see:

For the Torah Ark decoration see:

For the Bimah see: 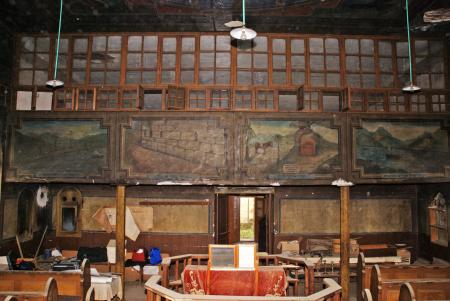 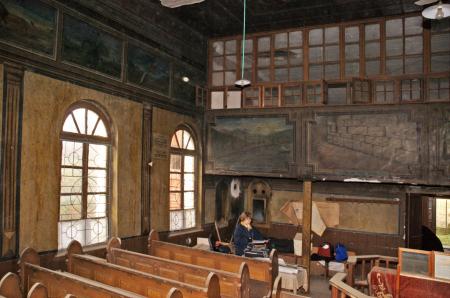 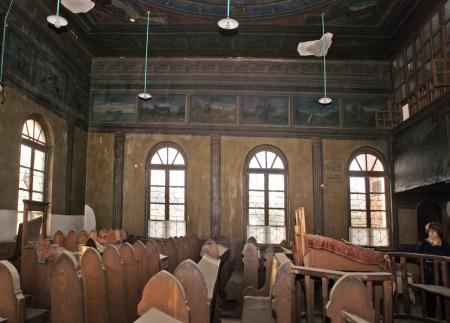 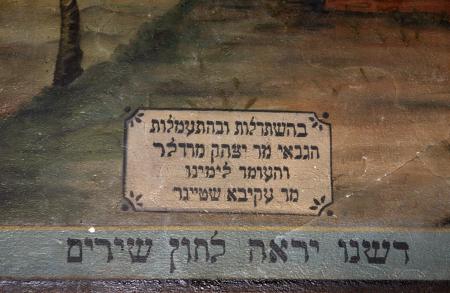 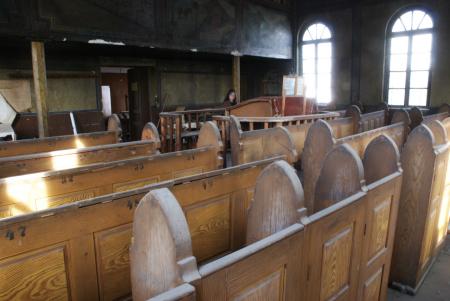 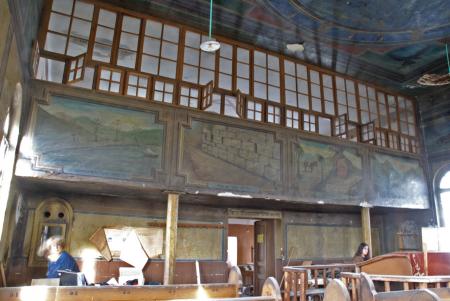 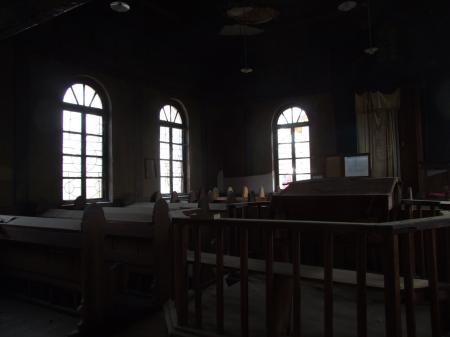 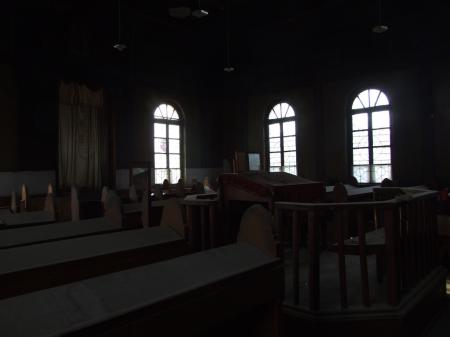 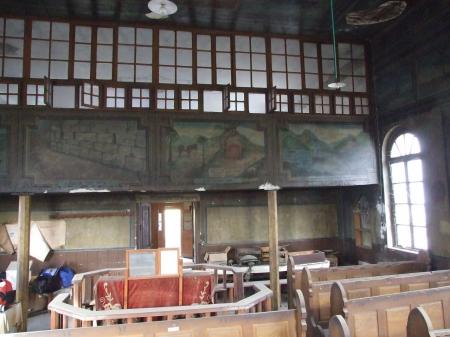