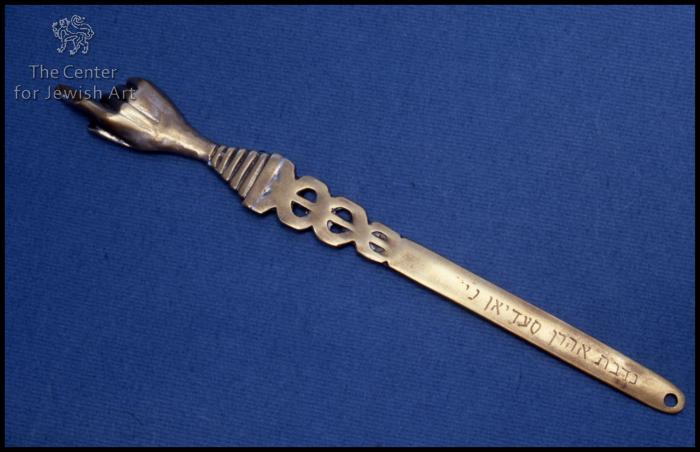 The brass torah^pointer consists of an upper arm, a forearm and a hand. The upper arm is flat on one side and circular on the other. The upper eadges are rounded. A round hole for a chain is on its upper part. A dedicatory inscription in full square letters is writen on both sides of the upper arm,and reads on one side:

The dedicatory inscription continues on the other side and reads: "לבית הכנסת הפרסים" "To the Persian synagogue"

The flat forearm is divided to two parts .The first is widening towards the forearms center and the second part is tappering towards the pointer. The first part is decorated in an undulating geometrical patern,forming six holes. The second part is decorated linear geometrical patern only on one side. The forearm terminates with a clenched hand with an extended index finger. 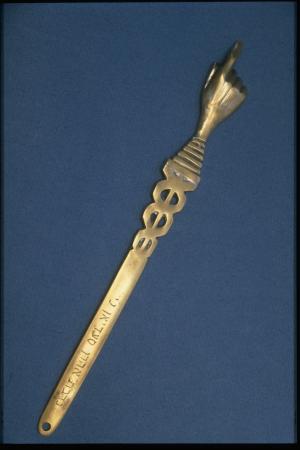 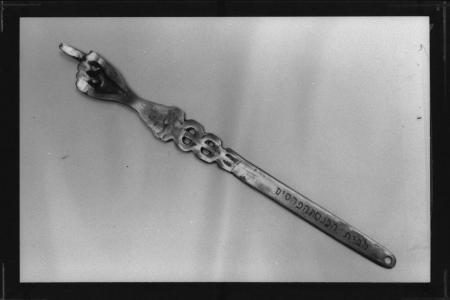 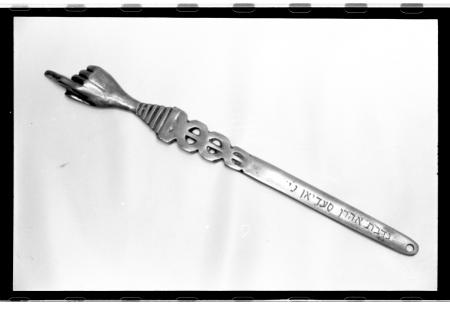 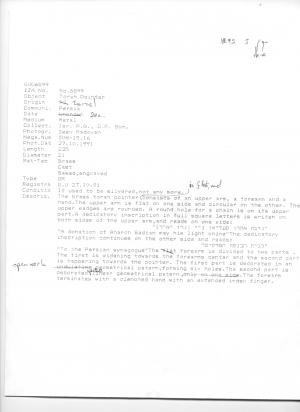 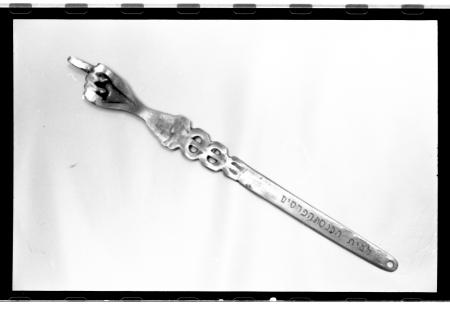 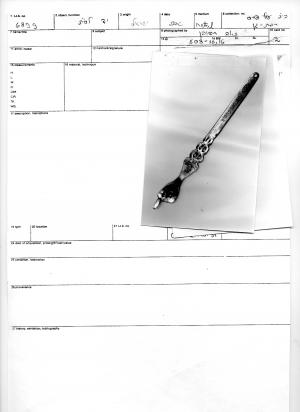 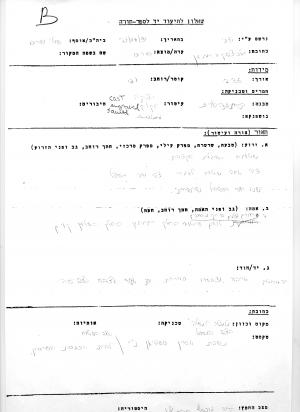 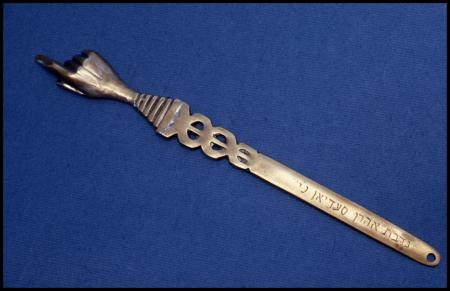