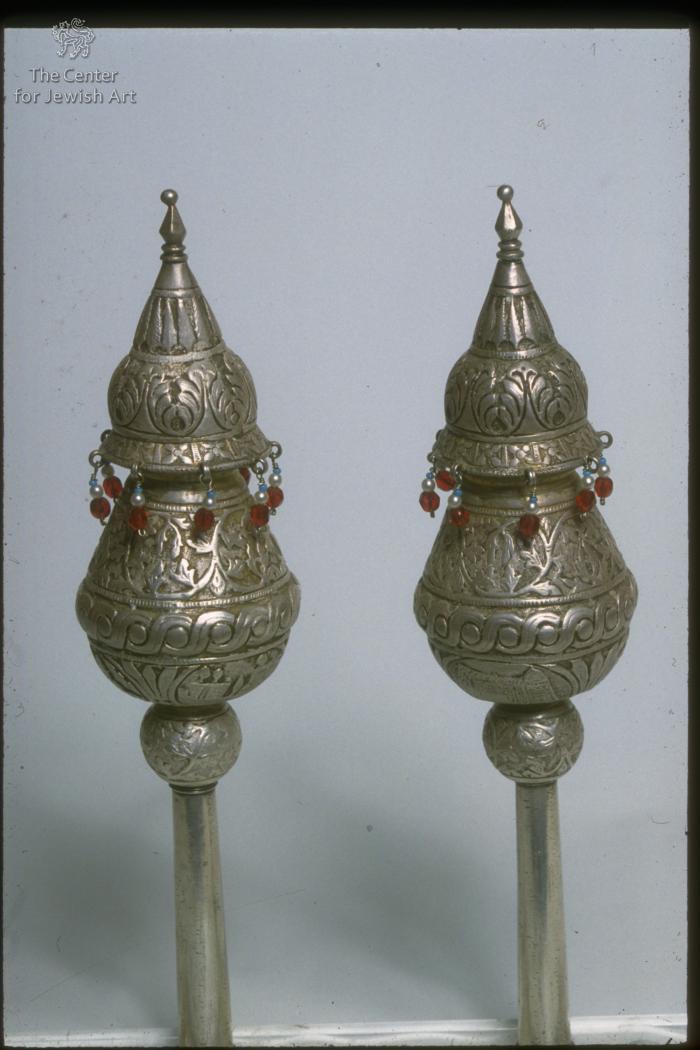 © Center for Jewish Art, Photographer: Radovan, Zev, 1992
The pear shaped Torah finial consists of a shaft, a body and an apex. The cylindrical shaft is tapering, and encircled by a ring at its base. The shaft is surmounted by a hemispheric capital decorated with a circling band of scrolls which bears a three rows inscription in square linear letters: "אלוה##חזקיה...לעלוי נשמת מ"ר##שנת התר"ב לפ"ק". "Eloha...Hizkia..for the exaltation of the soul...year (5)602 (1842)". The peared body is divided horizontally into two parts by a convex collar. The bowl shaped base is decorated with a wide band bearing three oval medallions. Each medallion bears a depiction of one of the holy places and an identifying inscription: On the first Torah finial:the Western Wall, King's David Tomb, Rachel's Tomb. On the second one:the holy city of Tzfat,Cave of Makhpela and an unidentified synagogue. Above the medallions there is a hemispheric band of an interlaced branch that forms medallions which enclose a circle.This band is topped by a band decorated with an interlacing branch which bears leaves. Seven rings which carry beads in blue,white and red are attached to its margins. The cone shaped upper part is encircled by three decorated bands.The lower one depicts flowers within a square frame,the middle one a row of palmettes and the upper one a whorl radiating towards the apex. The apex is faceted surmounted by a ball. 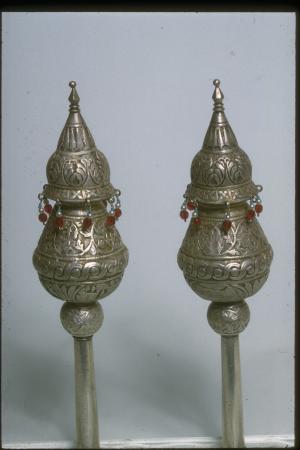 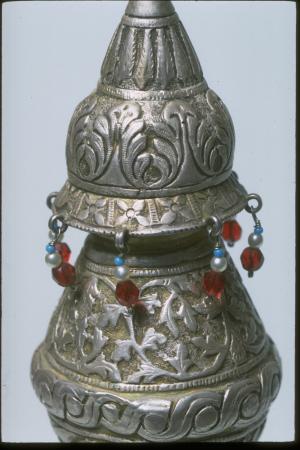 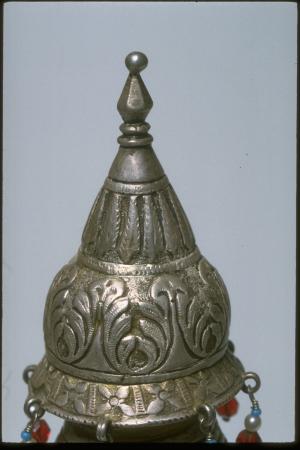 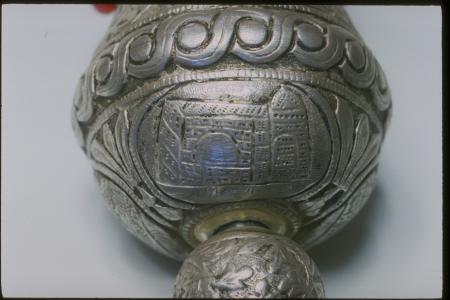 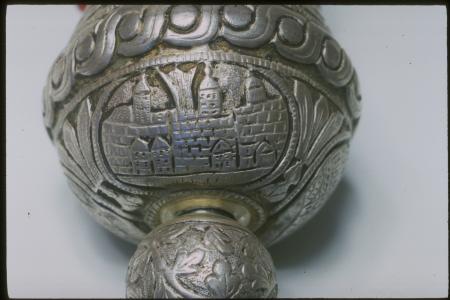 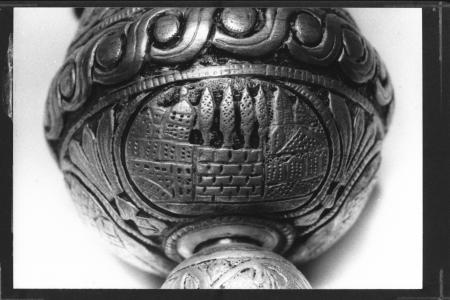