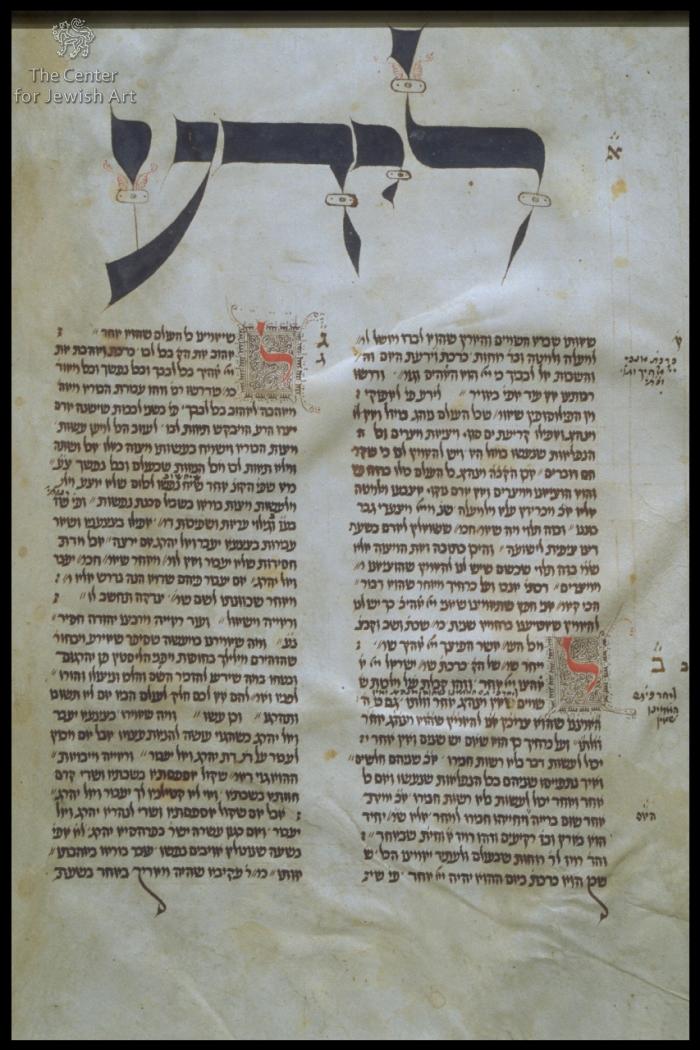 The manuscript originally contained only the SeMaK (fols. 1v-79v), but in the course of time it was combined with the text of the Responses by R. Meir of Rothenburg and his student (fols. 80-85).

The SeMaK (Sefer Mitzvot Katan which means a "Small Book of Precepts") by Isaac of Corbeil (d. 1280) is a compendium of contemporary halakhah interspersed with ethical homilies, parables and aggadot. It is divided into seven "pillars" corresponding to seven days of the week. In his enumeration of the precepts and their details Isaac was guided by the Sefer Mitzvot Gadol of Moses of Coucy, but he omitted the extensive halakhic discussion in that work.

The SeMaK was very popular in Germany and France and was even included in some prayer books (for example, see: Vienna, Cod. hebr. 75). In the course of time many annotations were added. Most popular were those of Perez ben Elijah of Corbeil which were sometimes merged with the original text, as is the case in our manuscript.

Two different parts of the manuscript, SeMaK and Responses were put together at a later period, probably because of the similar halakhic character of both. R. Meir of Rothenburg himself respected the SeMaK very much and promoted this work in Germany and France (Judaica, vol. 9, pp. 21-22).

The SeMaK and Responses were copied by two scribes each. The first scribe of the SeMaK not only copied the text, but also executed decorative initial words, panels, and rubrication, as well as decorative descenders of the letters in the last lines, distinguishing clearly this scribe from his colleague (the second scribe of SeMaK). In addition to this difference and to the differences in the script of both scribes, the features characterizing the second scribe of SeMaK are also: the absence of initial letters (there are only initial words) and the absence of the ascender of the lamed (ל) in many initial words.

The text of SeMaK is accompanied by corrections and complementary notes on the margins and between the columns. They appear mostly in the first part of the SeMaK. Some of them were executed by the scribe himself (e.g. fol. 20), while others by a later hand (e.g. fol. 15v, where the later hand completed one paragraph (84) missed by the original scribe). The paragraphs are numerated in the margins in Hebrew letters. In the beginning the numeration appears twice in semi-cursive script. The first series of letters-numbers with a few dots above them appearing only in the beginning are written by the original scribe, while the second series (smaller letters-numbers) exists till the end of the part copied by the first scribe. The second series was executed by the same hand that made the corrections, as is seen on fol. 15v. The text copied by the second scribe is not numerated.

The number of Precepts is greater in our manuscript than in the printed edition and their division is different (Isaac of Corbeil, Sefer Mitzvot Katan, Jerusalem, 2005).

The Responses and their Table of Contents written by two other scribes are also numerated in Hebrew semi-cursive letters. 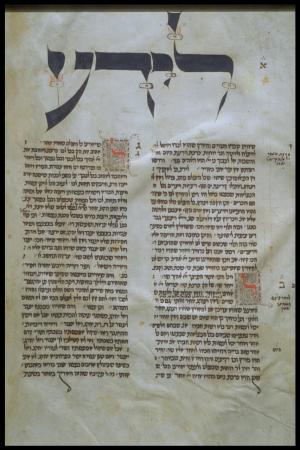 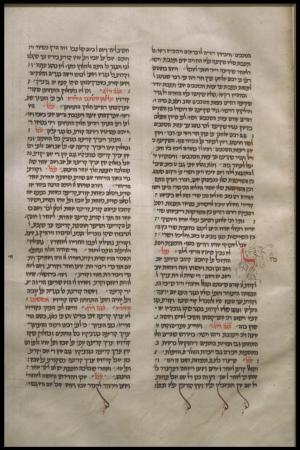 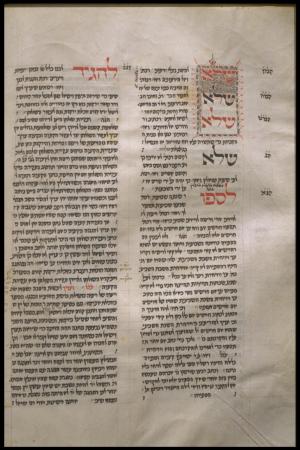 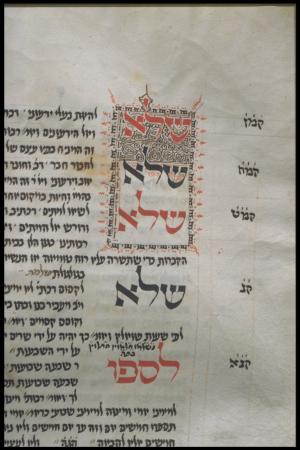 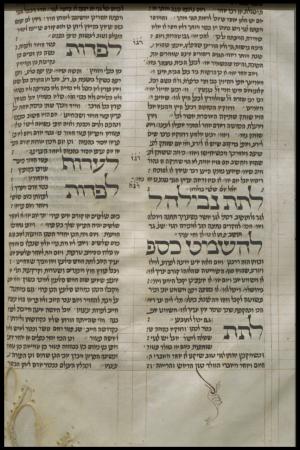 The text of SeMaK is written by two scribes. Two other scribes copied the Responsa.

The ruling is executed by plummet (brown).

Catchwords for the quires are written horizontally at the end of most quires at the lower left hand corner of the final verso of those quires. Some of them are cut partly (e.g. fol. 24v) or completely (e.g. fol. 16v). On the last folio of SeMaK there is no catchword.

Hebrew numeration for the number of the precepts is written in the margins.

[1] Since scribe B begins to copy from the middle of the page the ruling is the same as it was in previous leaves, till the end of this quire. The ruling is changed from the beginning of the next quire.

19th century binding. Blue paper glued to the flyleaves inscribed with the dates: 1849, 1851 in the back flyleaf.

The decoration appearing only in the first part of the SeMaK (by the first scribe, see: Remarks) executed in brown and red penwork is connected to the letters only.

Fol. 70v-outer margin : not completed drawing of a horse or a dog? Maybe referring to the text which deals with animals on Shabbat, mentioning: donkey, dog, cow, horse….