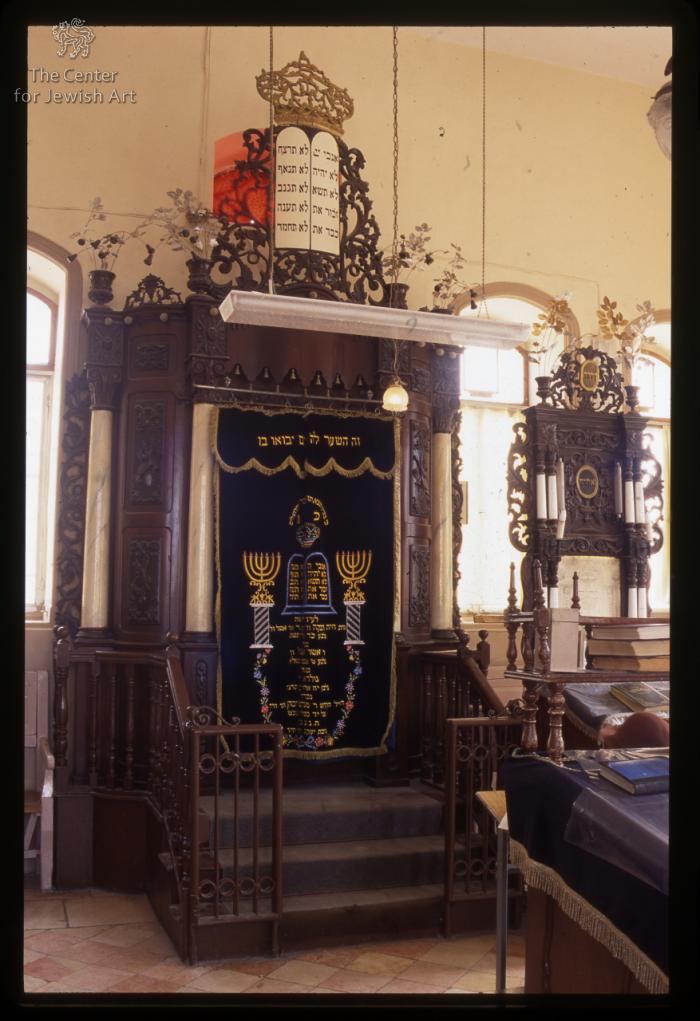 The wooden Torah ark is conceived as a protruding trapezian façade set on three stairs. The Torah ark consists of a main rectangular section with an open work upper part and open work wings.

The doors are divided into rectangular panels such as the upper ones contain each two panels while the lower panels only a single one.

The upper panels are decorated while the lower ones are plain.

The decorated panels contain musical instruments illustrating Psalms. The edges of the panels are decorated with scrolls. Every panel contains a wavy frame repeating the shape of the scrolls.

The edges of the doors are separated in the centre by a protruding vertical cylindrical bar composed of several units. On top of the arched doors are vine scrolls.

The arched doors are flanked by white marble-like columns supported by a rectangular base. These bases are decorated with a cartouche-like ellipse bearing a vase from which branches carrying flowers stem. The corinthian capitals support a wooden Torah ark valence. Its upper edge is decorated with a chain of bells while its lobes carry bells. Every column is surmounted by a vertical rectangular unit bearing a floral motif, above which is a three-dimensional vase containing golden and silver flowers and leaves.

The columns attached to the wall being similar to the ones flanking the doors, are also surmounted by a rectangular unit supporting a vase.

The upper part/pediment is done in open-work and consists of vine scrolls with grapes at the centre of which are set  Tables of covenant surmounted by a golden open-worked crown. The arched Tables of the covenant contain the two first words of each commandment, five on each table.

Surmounting the rectangular units flanking the doors/ between the vases surmounting the columns are small vine scrolls creating an arched shape.

The three stairs leading to the Torah ark are flanked by a balustrade composed of wooden columns and closes in the front with a metal gate.

The two upper panels contain a foliate branch from which a ribbon carrying crossed trumpets and a drum descends. Behind the trumpets is an undulating scroll. The upper part of the frame of those panels follows the shape of the arch. The lower panels are decorated with a central flower surmounted on top and bottom by diverging foliate C-scrolls from which converging c-scrolls and other foliate chains emerge.

The upper panel contains foliate scrolls developing into a ribbon to which a shofar, a lute, a trumpet and a drum are attached. The instruments are superposed and behind them is a scroll. 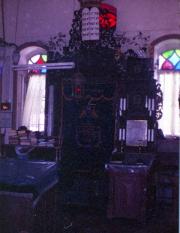 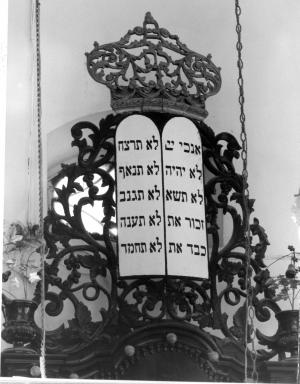 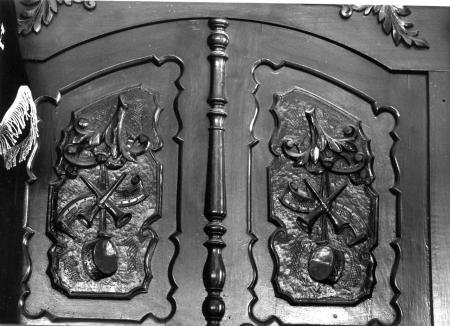 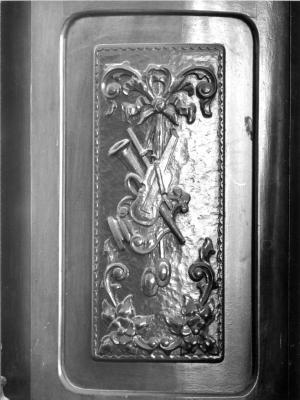 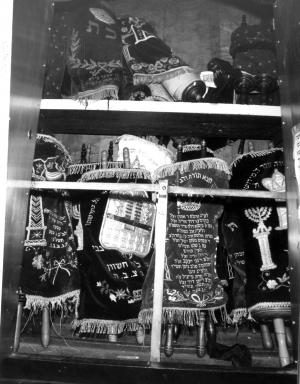 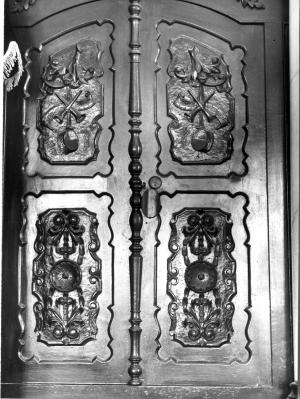 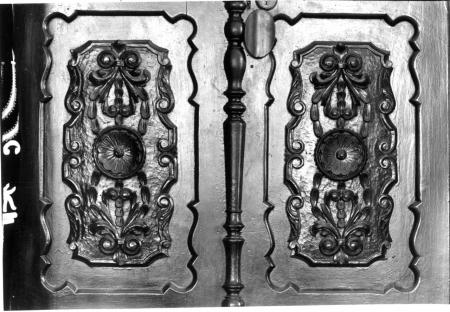 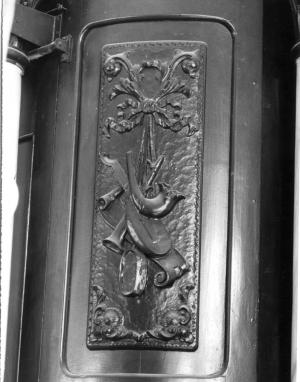 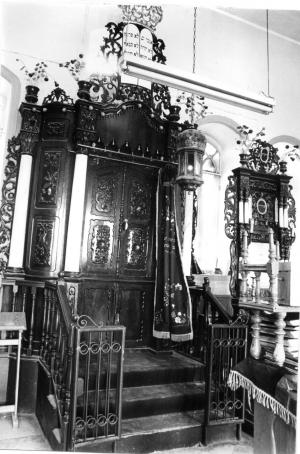 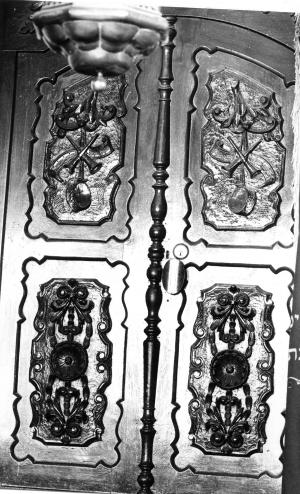 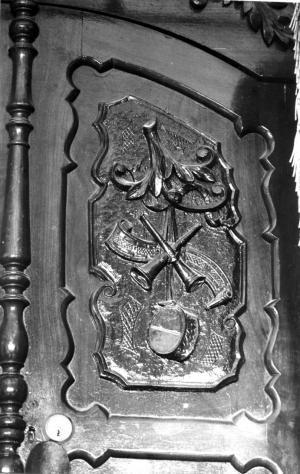