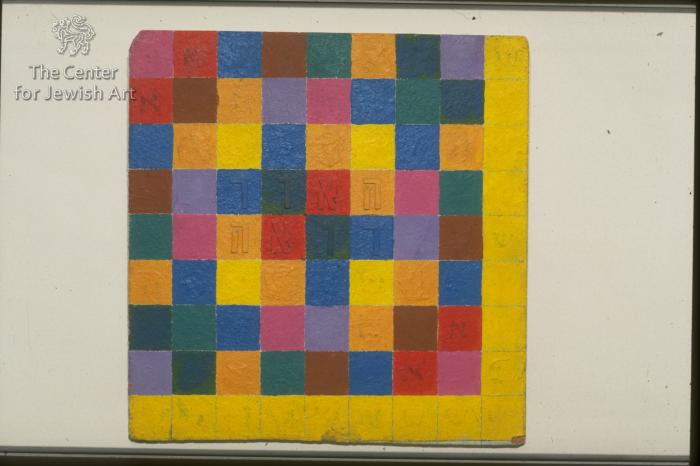 Eighty-one squares resembling a checkerboard are painted in a nine by nine grid. The squares are colored systematically: the squares in the far right column and the squares on the bottom row are yellow. The second column from the right and the row second from bottom each with eight squares are colored from left to right as follows: pink, red, blue, brown, green, orange, turquoise, and purple. The third column from the right and third row from the bottom each have eight colored squares, left to right: red, brown, orange, purple, pink, blue, green, and turquoise. The fourth column and row each with eight squares are colored left to right: turqiuose, orange, yellow, blue, orange, yellow, blue, and orange. This order recurs in the remaining columns and rows. Wooden Hebrew block letters are affixed within squares or at the center of the picture as follows: האור רואה "The light sees". The letters of the first word are colored from right to left as follows: orange, red, turquoise, and blue. In the letters of the second word below the first word the order is inverted. 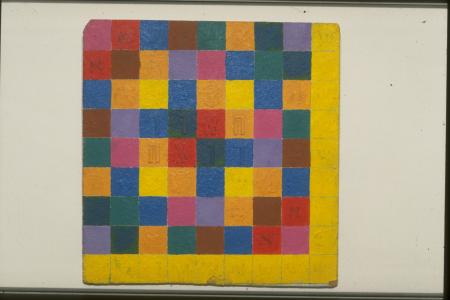