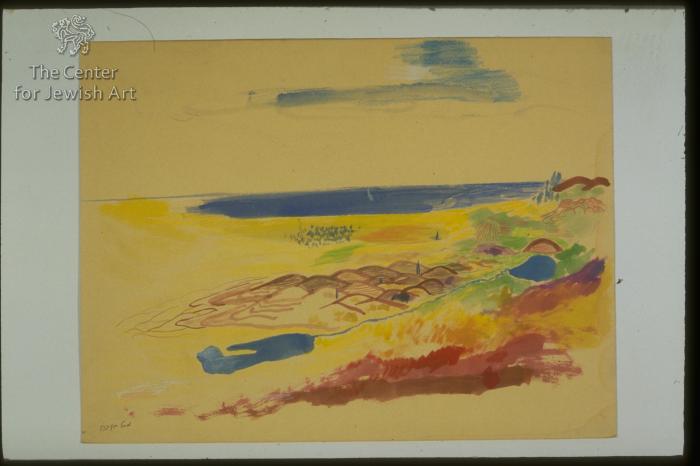 The map of Israel is painted as a landscape seen from an eastern point of view. The yellow and red margins of the cardboard frame the map.The eastern border is painted at the lower part of the picture. In the lower right corner the mountains of Edom are painted in using a reddish-brown and the Judea desert is depicting using orange stains. The kidney shaped Dead Sea is painted with the peninsula on the left surrounded by a yellow background.  The Negev is painted as moderate slopes that change into high, round, brown Judea mountains. Blue cypresses appear among them (representing Jerusalem?). The Judea mountains change into the light green Sumeria and lower Galilee. The Jordan river, represented as a thin winding line in the same green, leads to the blue Sea of Galilee, surrounded by its light green valley. Near the sea of Galilee, Mt. Tabor is represented as a brown arch and Mt. Arbel as a purple point. The coast is represented by a yellow plain with an orange area in its center representing Hamra ground and green dots representing orchards. At the right edge are two brown mountains. Above the blue Mediterranean sea is a patch of blue sky represented by blue and white color smeared on the yellowish paper. 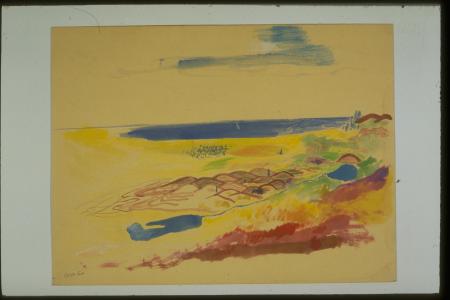