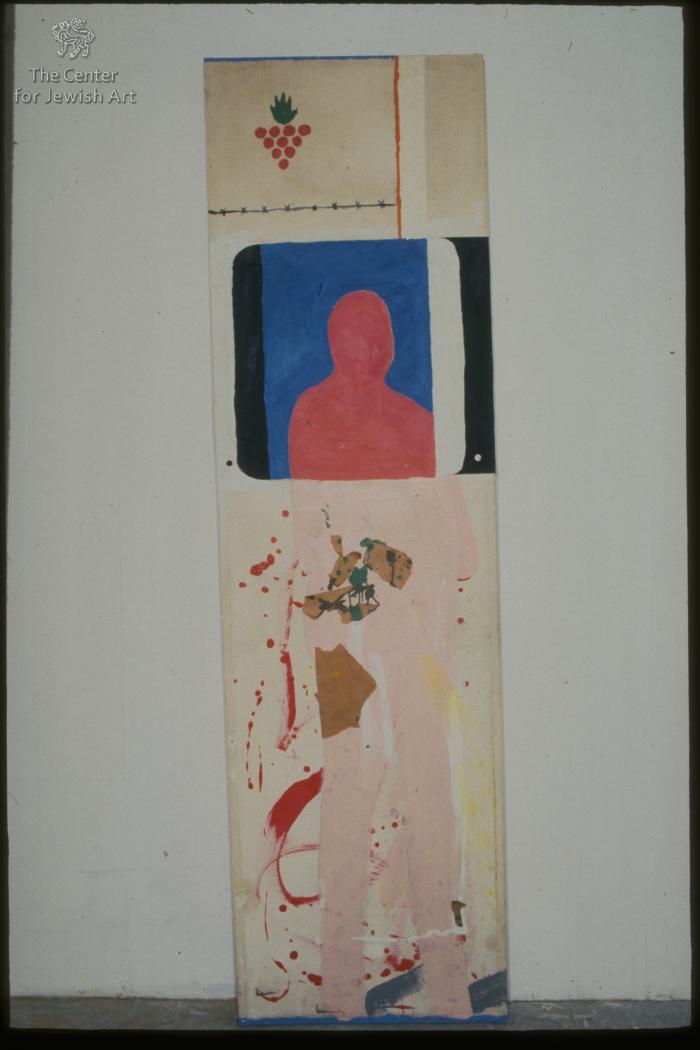 A light blue stripe is drawn on the lower margin of the canvas. The long vertical canvas with a figure of a man is divided into various sections. The man's head and shoulders are painted over a separate canvas mounted on top of the central upper section of the composition. No features are discernible on his face. His head and shoulders are painted in red against a blue background within a form suggestive of a television screen with a black bar on the left and far right and a white margin on the inner right side. The rest of the body is painted pink with a penis and testicles engraved. Pieces of brown wrapping paper stained with green and brown paint are mounted on the area of the figure's stomach, loins, and right hip. Red blotches, smears, and drops of paint are spread near his right arm and in the background. A light blue stripe is drawn along the bottom edge of the canvas. Above the figure on the right is a broad white vertical line with an adjacent narrow vertical orange line on the left which continues along the top edge of the canvas. A straight horizontal wire stretches from the vertical orange line to the edge of the painting on the left, creating a square in the upper left corner of the picture. A stylized bunch of grapes with a leaf is depicted inside the square. 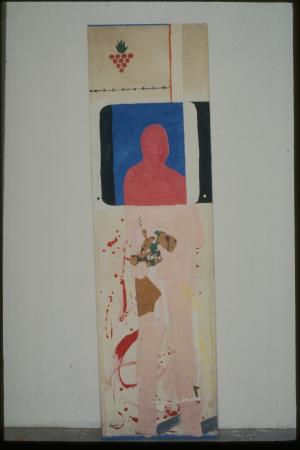