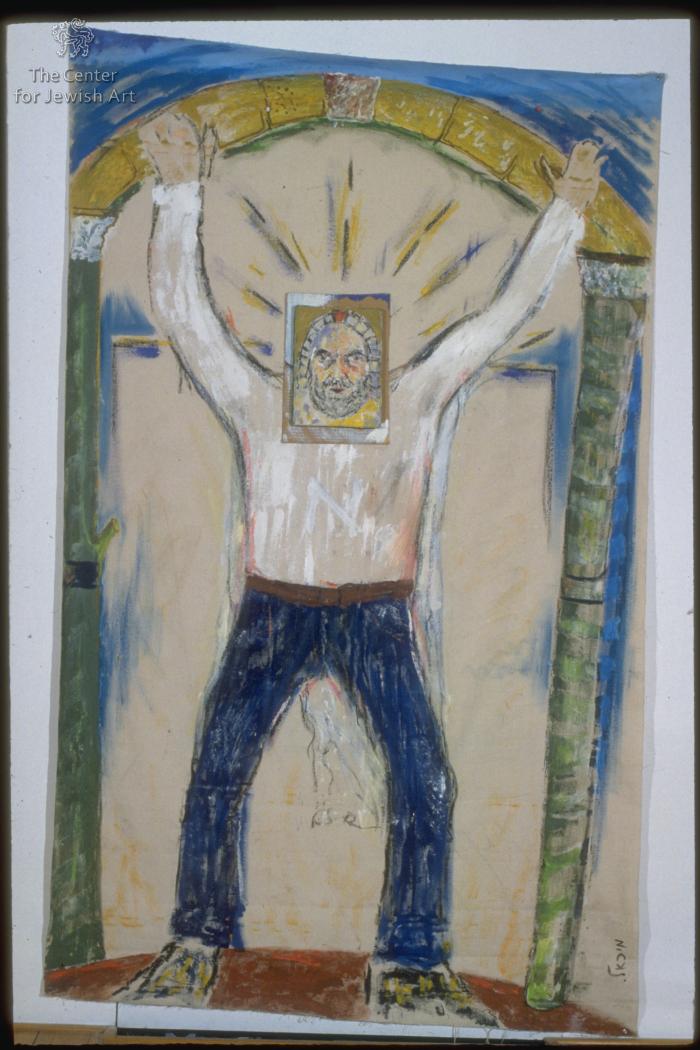 The picture represents a bearded man standing with raised arms below an arched gate. He wears a white shirt, brown trousers, a transparant cloak and shoes. His hands appear to support the arch which rests on two green Corinthian columns. His head is painted on a stretched canvas mounted on a wooden board which is then mounted onto the painting. The man's curly hair echos the schematisized depiction of the bricks which form the arch. The red segment at the center of his forehead parallels the keystone of the arch. Rays of light represented by yellow. black, and blue lines project from his head. The man stands against the vague contours of a rectangle on a blue background. 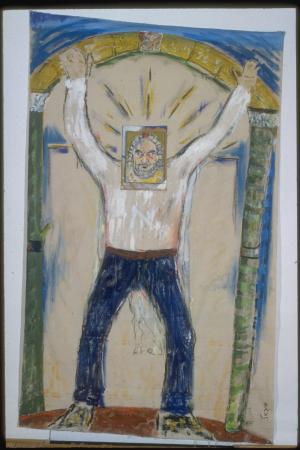