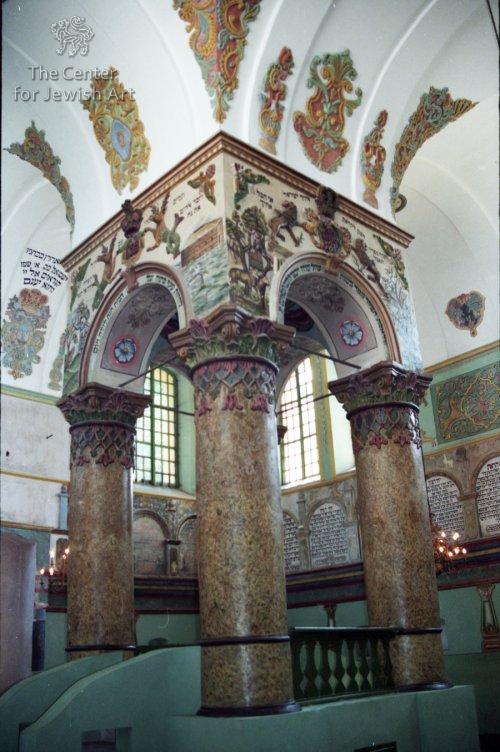 The four-pillar central bimah (2.8 m x 2.8 m) is not only the central architectural element of the design of the synagogue, but it is also the highlight of the interior decoration. It is possible to see a couple different periods of decoration on the bimah. The first period dates back to the construction of the synagogue in 1761. This period included decoration made of painted stone in the Baroque style in the capitals of the columns, cornices, decorative cartouches, and the inclusion of Jewish symbols and symbolic animals. The second period is identified by the mural, which was painted much later in 1935, as indicated in an inscription on one of the arches of bimah. During this period many illustrative and symbolic images were painted on the western, southern, and northern facades of the bimah, as well as inside the dome. 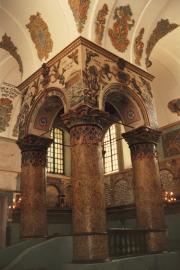 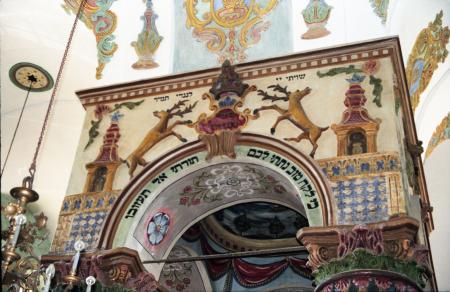 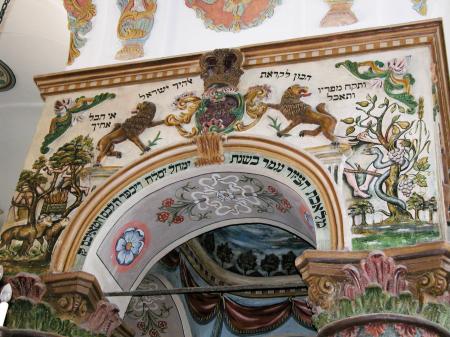