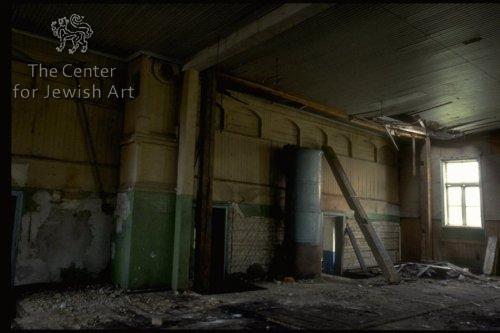 The beit midrash stands on the western side of Baranausko Alley, presenting its eastern wall to the road. The beit midrash was built after 1886 and repaired in 1935, following the design by a Mažeikiai-based construction technician Jonas Sidabras, at which time the rotten wooden parts (windows frames, windowsills, walls logs, exterior siding planks, jambs, and stairs) were renewed, and the roof was covered with new boards. Built as it is of wood logs, the exterior reveals the interior division of space into a prayer hall and women’s section. The building has preserved its basic form, as can be seen from the 1937 photograph.

The building is a rectangular wooden log structure on a masonry foundation. Elongated in the east-west direction, it is 24.23 m long, 16.72 m wide, and 12.65 m high. Its eastern part includes the prayer hall, to which seven stairs ascend from the vestibule. The Torah Ark stood in the middle of the eastern wall. In the center of the hall, there was the irregular hexagonal bimah with flights of seven stairs on south and north. Neither the Torah Ark nor the bimah are preserved. The prayer hall is spanned with a flat ceiling. The hall was heated with two stoves (not preserved), which stood to its rear. The stoves were connected with flues to the brick chimney in the middle of that wall, which has survived. The part of the chimney, visible in the prayer hall, is decorated with horizontal moldings, corner pilasters and a blind oculus

According to the 1935 design, the western part of the building was divided into three bays in a south-north direction. The southern bay housed a narrow men’s lobby on the east (its entrance was on the southern façade) and a heated room on the west. The axial bay was the men’s vestibule. The northern bay included an unheated room in the east, and a staircase leading to the women’s gallery in the west. The women’s entrance was in the northern façade. The original layout of these rooms is mainly preserved. The women’s section was located on the upper floor; it was connected to the prayer hall through fourteen segment-headed arches arranged in pairs. The women’s section could also be reached through an exterior staircase, adjacent to the western wall of the synagogue. The prayer hall has four rectangular windows in each of the southern and northern walls and six windows in the eastern one. On the exterior, these windows are crowned with triangular pediments and lateral acroteria. The windows of the western part of the building are rectangular, crowned with straight simple architraves. The building’s roof was half-hipped, and after WW II was covered with asbestos sheets over the old shingles. The gables on the east and west are each pierced by a pair of rectangular windows. The western extention is covered with a gable roof, and the external staircase has a lean-to roof.

From 1951 the building served for storage, and stands abandoned since the 1990s. In 2007 the former beit midrash was in ruins. 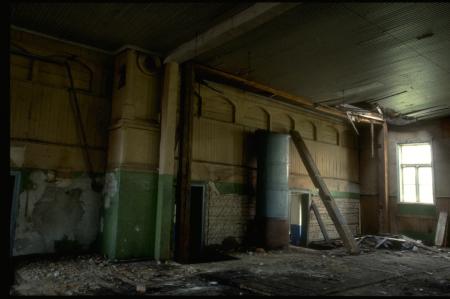 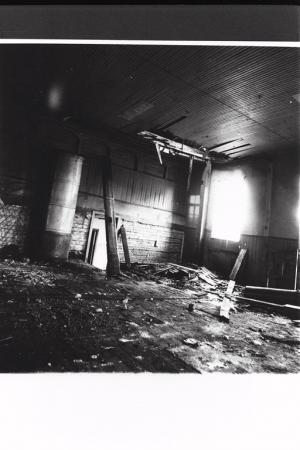 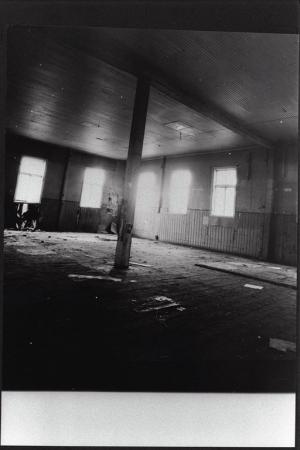 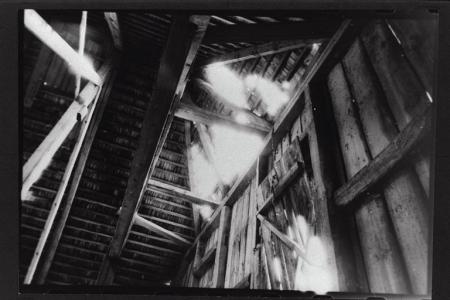 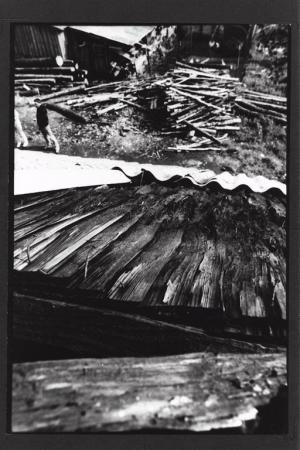 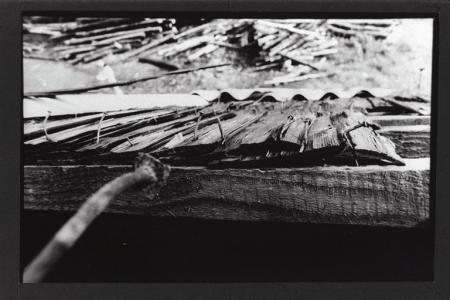 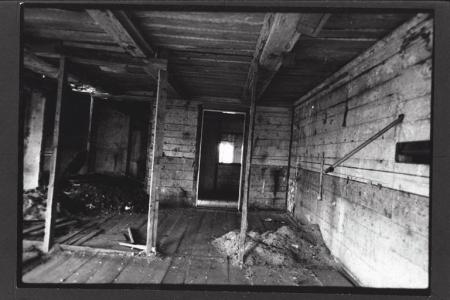 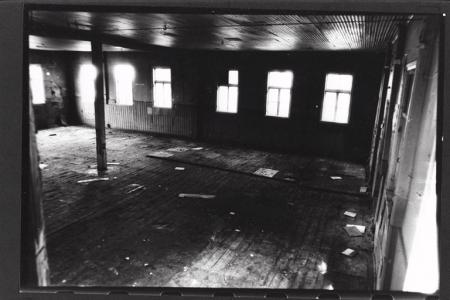 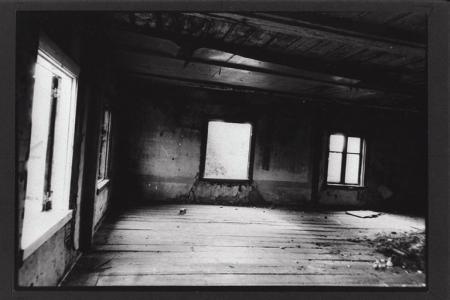 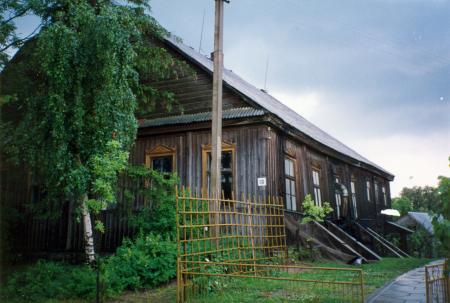 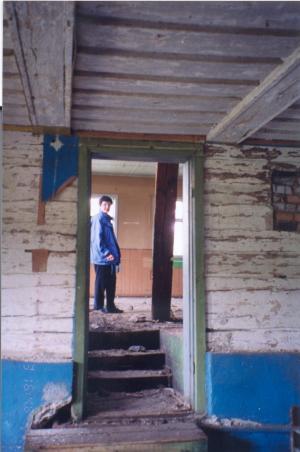 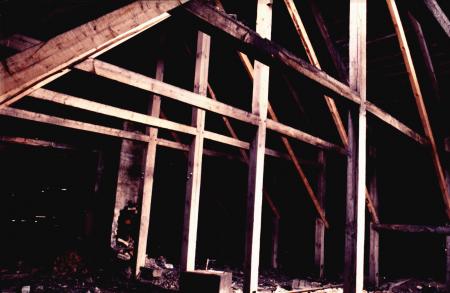 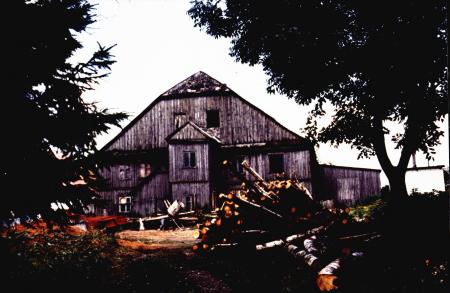 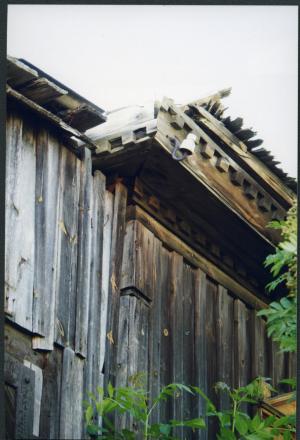 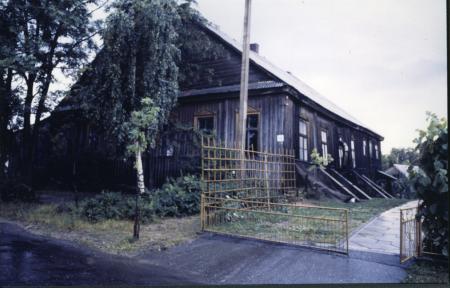 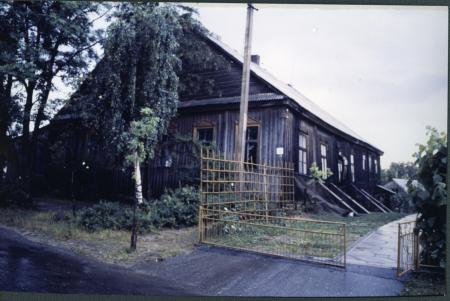 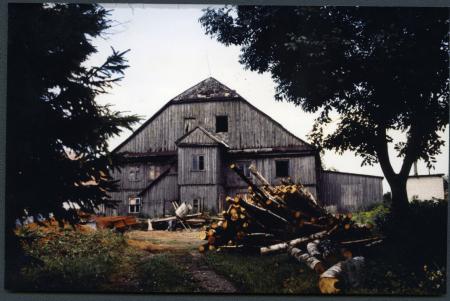