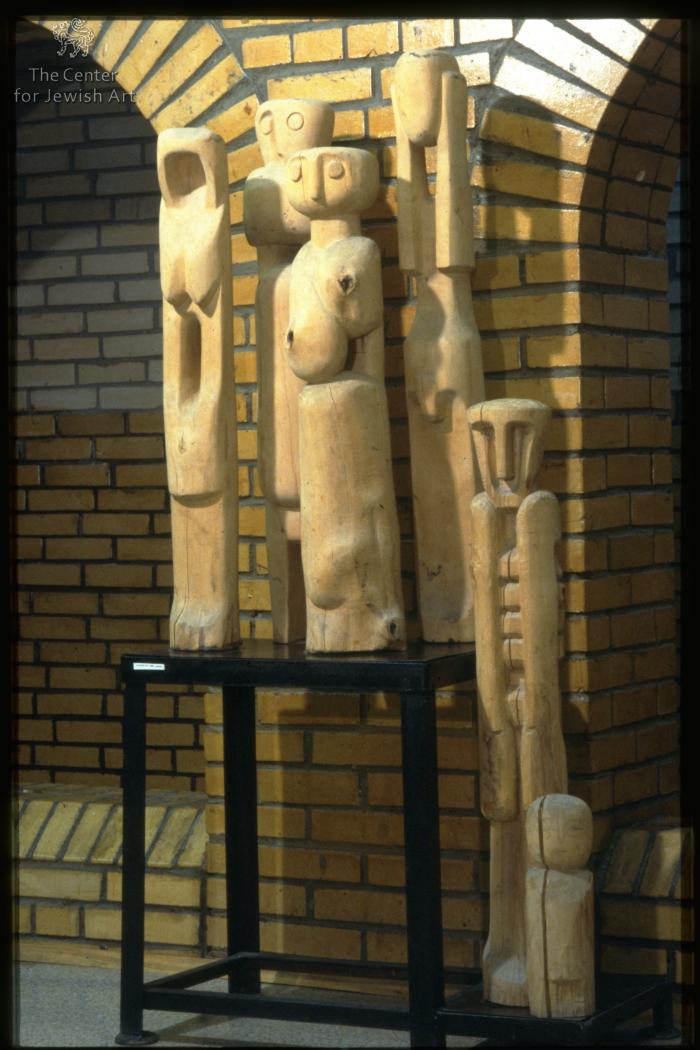 © Center for Jewish Art, Photographer: Tartakovsky, Sergey, 11.1992
The sculptural group consists of six naked figures. Three of them represent women, other three represent a youth, an old man and a child. They stand on two podiums: the upper and the lower. Every separate figure is made of a separate piece of wood and keeps the features of its original form. The sculptures are not tied with each other but their location on the podiums is determined. The first figure, beginning from the left, looks as an old woman. It is skinny; old lean breasts hang down. There is a deepening on the place of her face, what creates an impression of a kerchief put on her head. A narrow vertical hole is on the place of a belly. To the right stands a figure of a woman with a cubical head on a straight short neck with simple features of her face. The breasts of this woman are placed diagonally one above another, what is determined by the peculiarities of the piece of a tree. The bottom part of the sculpture representing a skirt is not processed. The third woman's figure stands behind the first one. This woman seems to be pregnant. A large oblong belly is put on the stumps of the legs. A tall figure of the youth stands to the right of the third woman. He stands embracing his head with his hands. A figure of the old man stands on the lower podium. His cheeks and eyes have hollowed, his large nose juts out. His hands hang along his weak body with four parallel rings of ribs. At the feet of the old man there is a small figure of a child with a round head. It is just a piece of nearly raw wood. 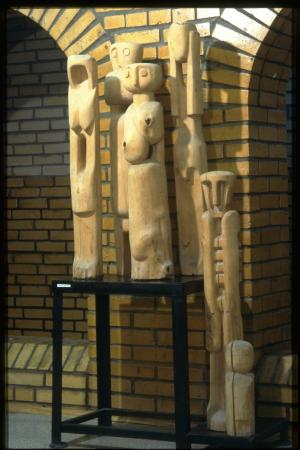 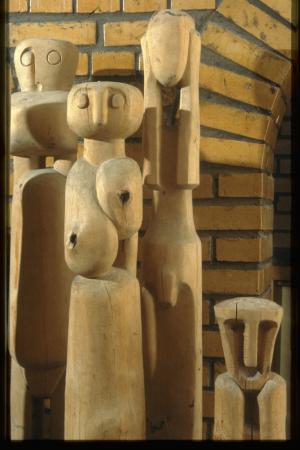