The Great Synagogue, built in 1795–1803, is currently a ruined roofless building; its roof and the ceiling collapsed in 1992–96. Its walls are ca. 1.50 m thick, built of stone and brick, and plastered. The architecture combines Baroque and Neo-Classicist features. 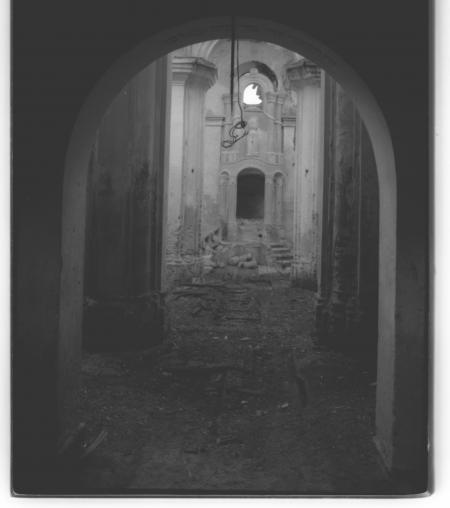 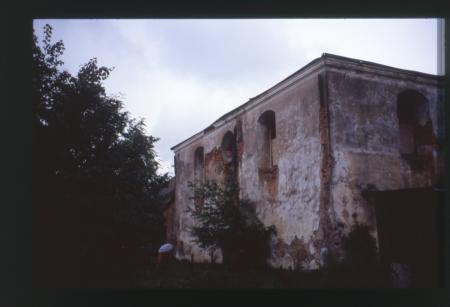 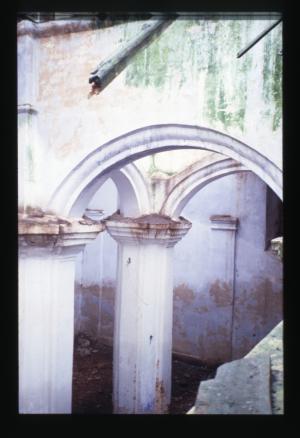 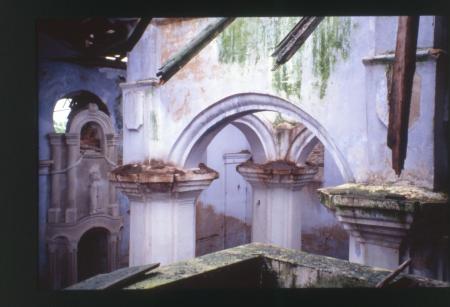