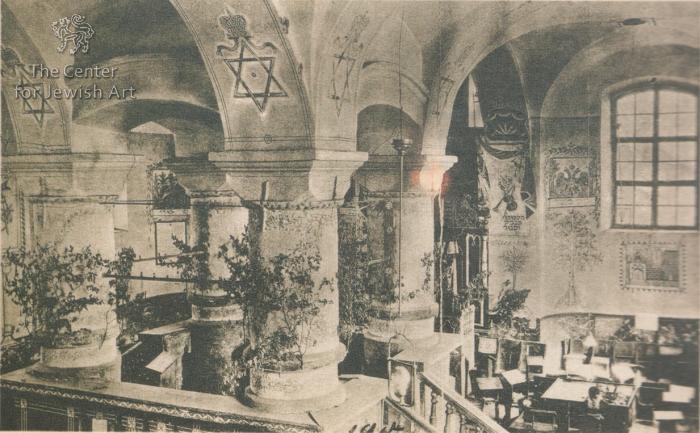 The interior of the synagogue in Stryków is known from the photo on a postcard from the early 20th century. It shows the central Bimah in the middle of four massive columns as well as parts of the eastern wall.

The vaults above the Bimah columns were decorated with painted Stars of David surmounted with crowns.

The eastern wall was decorated with depictions of the Four Animals, Holy places, and Musical Instruments from Psalm 150. The postcard also allows us the knowledge of the existence of the following paintings: 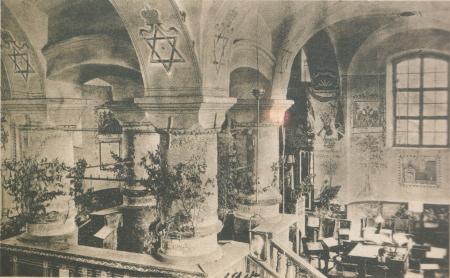