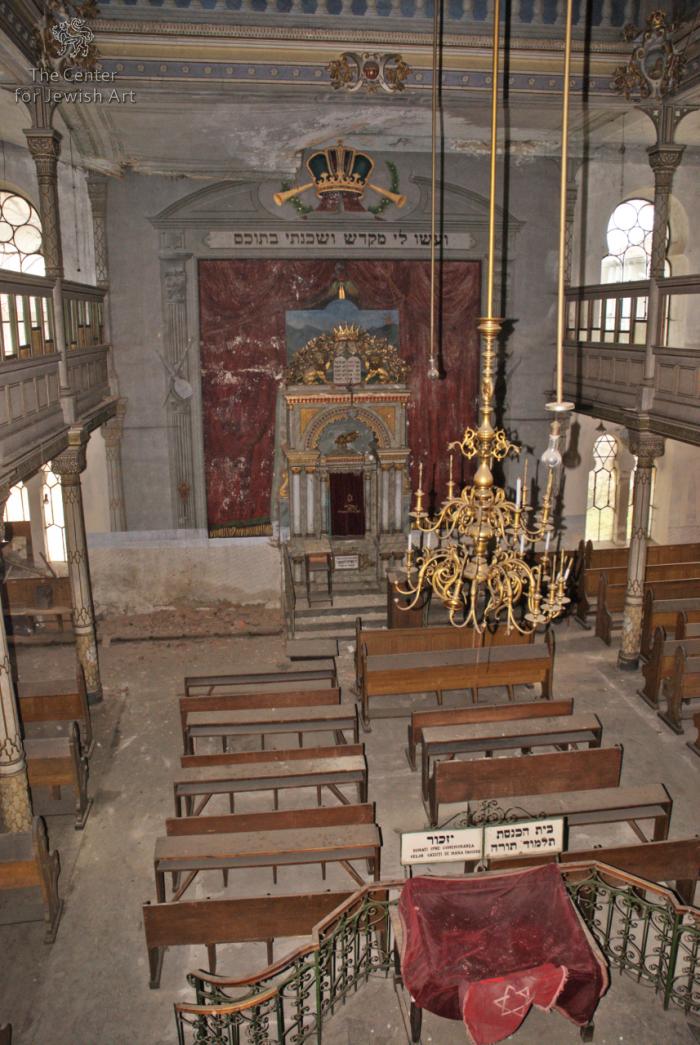 The main prayer hall is oriented towards east and spanned by a dome. The dome as painted as blue sky, with a balustrade in its lower part. Paintings of the four animals from Mishna Avot are placed in the four corners of the dome.

Women’s section is situated on a wide wooden gallery on three sides of the hall. It is supported by metal Neo-Moorish slender columns. Similar columns standing in the gallery support the dome.

The Torah ark is situated in the center of the eastern wall. It is a brick Neo-Moorish aedicule with columns, surmounted by stucco carvings: two lions keep the tablets of the Law, topped by hands in the priestly blessing and by a crown. The Torah cabinet is flanked by additional columns and surmounted by a carved eagle. The eastern wall is painted as a giant gate, closed by a red curtain. The curtain is open behind the Torah ark, and mountains are depicted in that open space. Two painted Corinthianesque pilasters flanking the gate are decorated with musical instruments: a lyre on the southern side and a cymbal on the northern one. The painted lintel bears an inscription ועשו לי מקדש ושכנתי בתוכם (And let them make me a sanctuary; that I may dwell among them, Exodus 25: 8). A crown with two horns and a green wreath is depicted in the center of the painted gable. The apex of the crown is a small Magen David.

Paintings of the Zodiac signs in golden circles are depicted on the northern and southern walls, in the spaces between the horseshoe heads of the ground floor twin windows. It seems that those paintings were made in the middle of the twentieth century and they do not correspond to the original Neo-Moorish decoration of the hall.

An octagonal bimah with elegant metal railings is placed in the western part of the prayer hall.

On the western side of the main prayer hall, there is a vestibule with two small rooms. One of them served as a beit midrash. 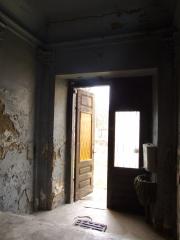 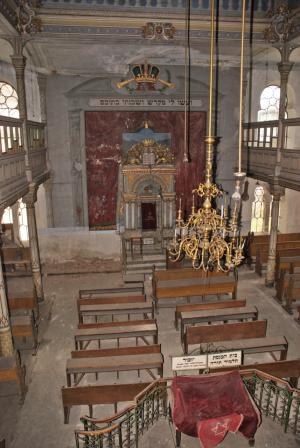 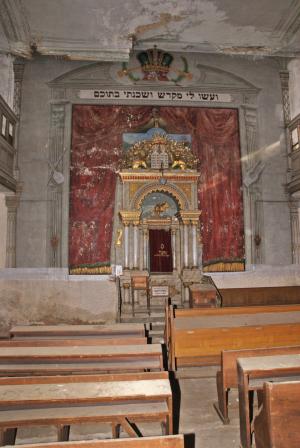 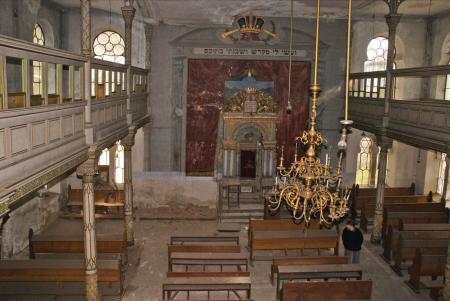 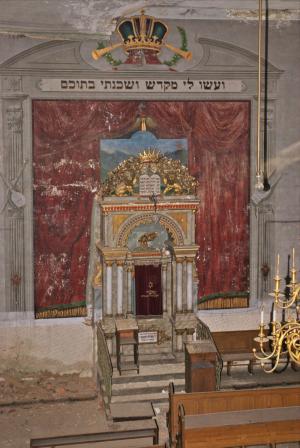 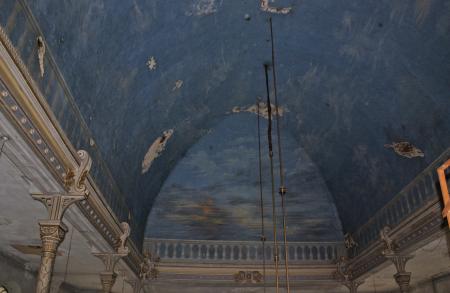 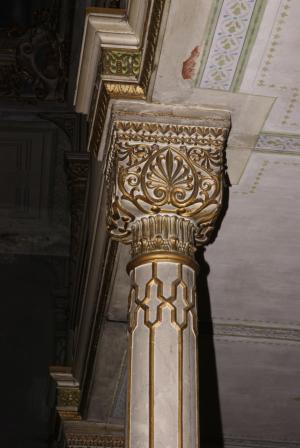 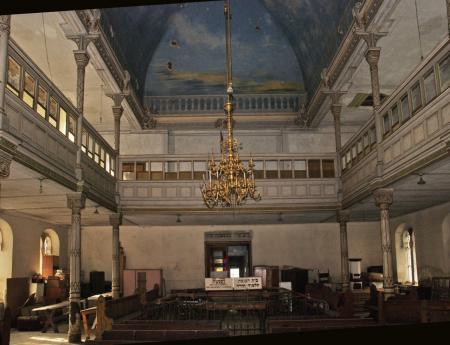 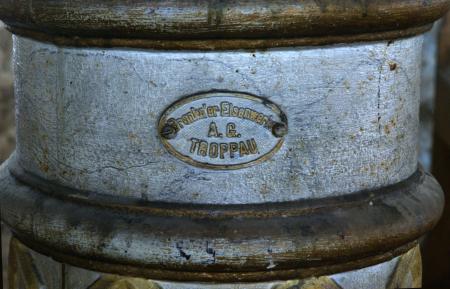