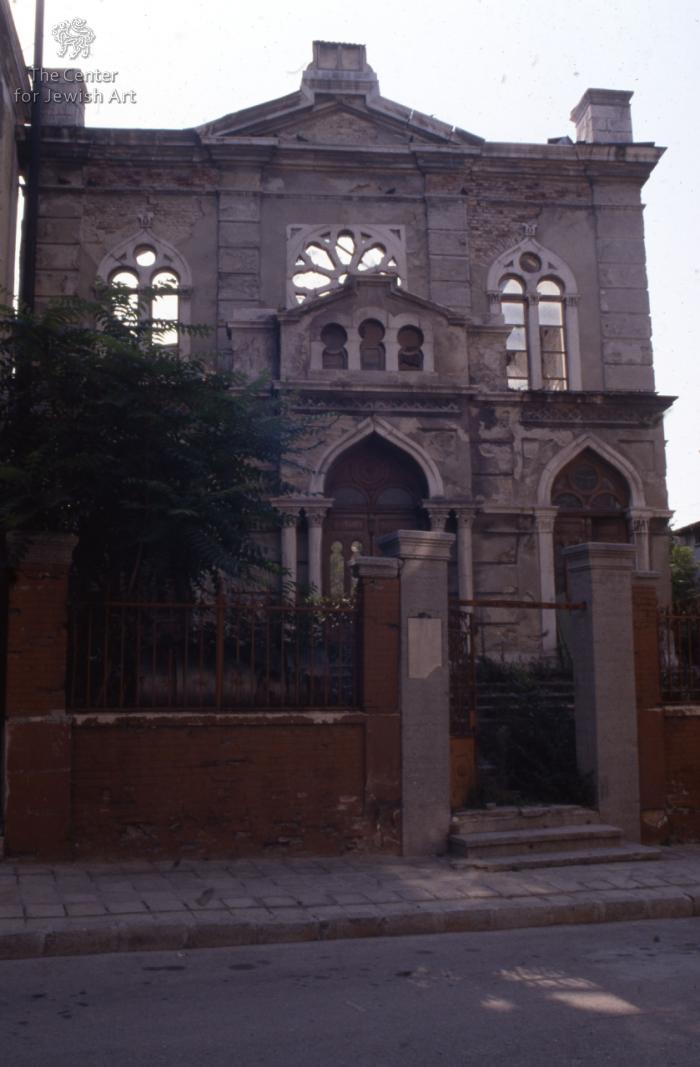 The report "Jewish Historic Monuments and Sites in Bulgaria" published by The United States Commission for the Preservation of America's Heritage Abroad in 2011 states:

"The Sephardi community, which contained the majority of local Jews, owned a community center with a large meeting hall. The community operated a Hevrah Kadishah (burial society), a cemetery, and charity organizations such as G’milut Hassadim (general help for the needy) and Malbish Arumim (clothing for the needy). Built in 1890, the stylistically eclectic Sephardi synagogue is currently in poor condition, with only its exterior walls standing. There are plans to restore the walls and build a new sanctuary within the space of the old building. The synagogue exterior includes a mix of Moorish and Gothic elements. The 1890 date of the building is inscribed on a pediment (triangular upper part of a building) of the south façade. Inside, the synagogue once had raised galleries for women but these, like all the interior fittings, have been destroyed. The neo-Gothic door frames with Moorish style details at the main entrance, the triple-window openings and the gothic rosette at the center of the main façade are made of stone."

“Jewish Historic Monuments and Sites in Bulgaria.” The United States Commission for the Preservation of America’s Heritage Abroad, 2011, Part 1, p. 14. CJA team in the Sephardi Synagogue in Varna Sephardi Synagogue in Varna, Bulgaria - photos of 2003 by Samuel Gruber 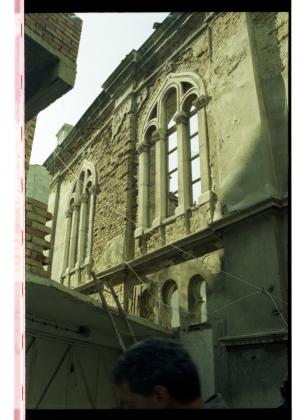 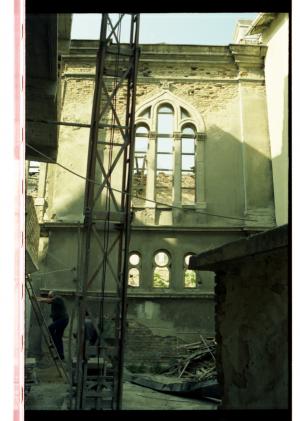 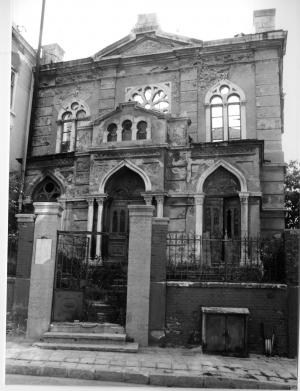