The most common type of Chanukah lamp in Galicia and later in Poland was the cast brass lamp. The decorative panel that serves as the back of this Chanukah menorah is typical of the designs that appeared on many different objects in the area of Galicia and Ukraine. The birds, the lions, the twisted pillars, the central menorah, and the double-headed eagle are all symbols that appeared singly and often together in papercuts, on synagogue wall paintings, on tombstones, on various ritual objects, and in printed sheets and manuscripts. That this motif appears so delicately rendered in this cast brass menorah should come as no surprise, as many of the artisans in the brass casting profession in the area were Jews. The typical Chanukah lamp from this area had what appear to be two "Shamash" burners. This allowed the lamp to be used all year long, not only for Chanukah but for the kindling of two Shabbat lights as well. 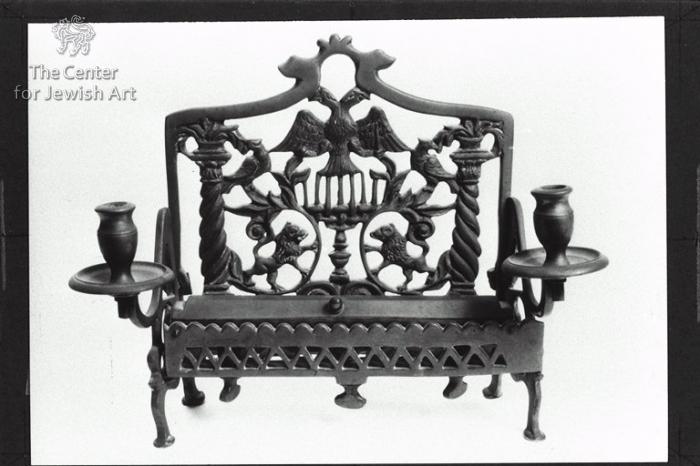 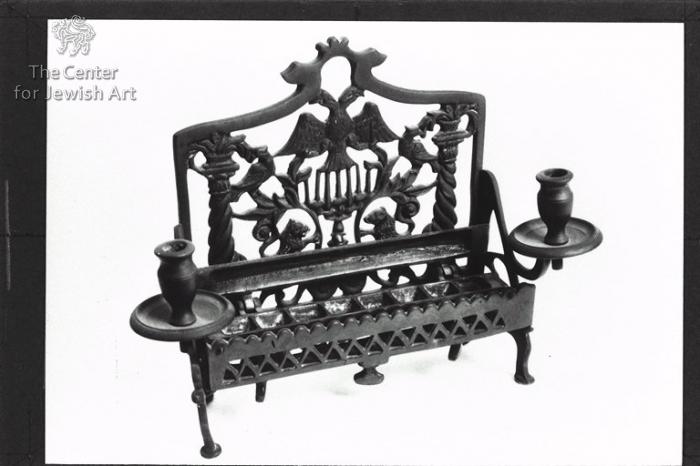 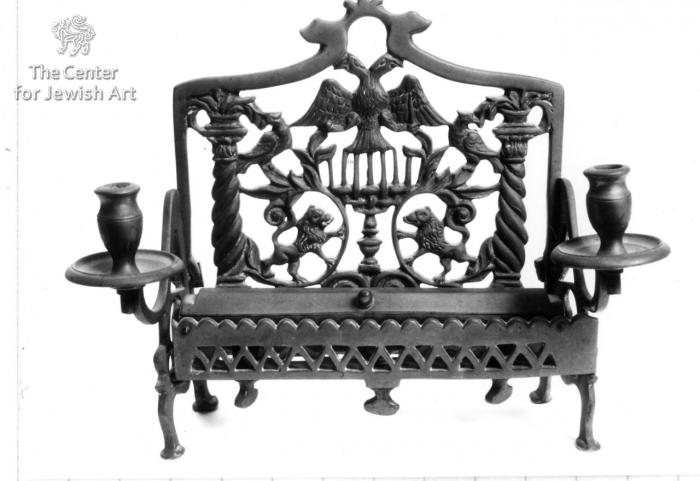 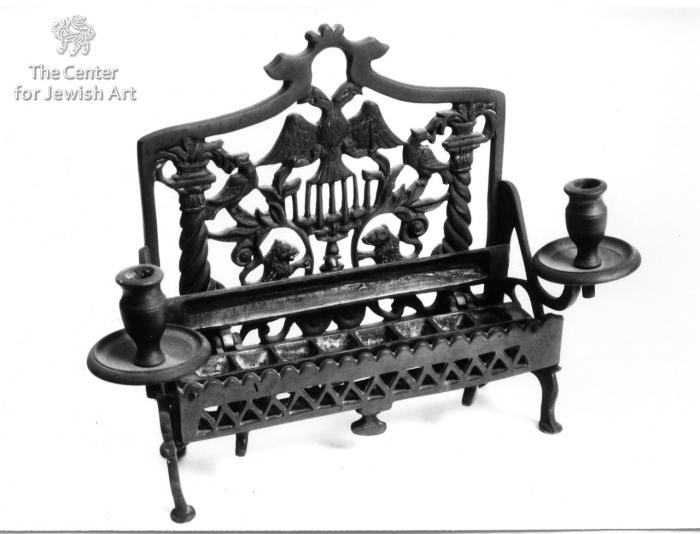 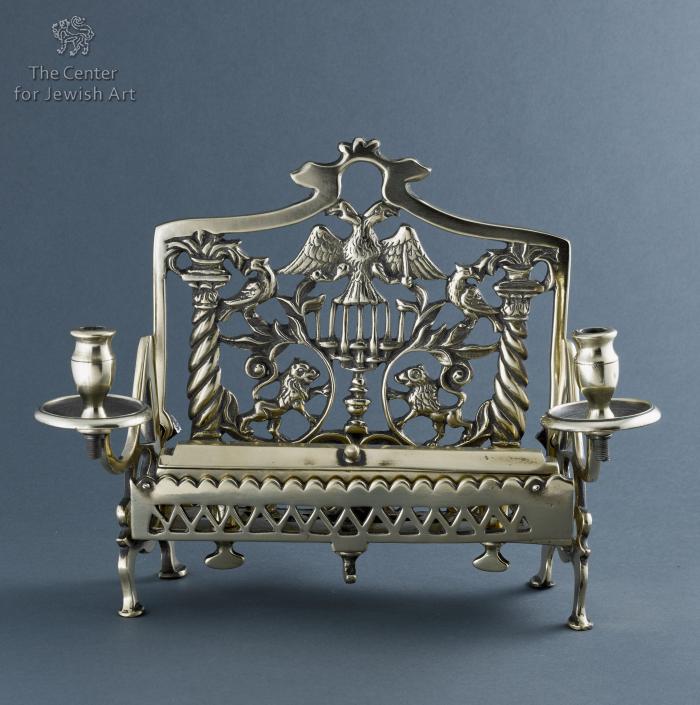 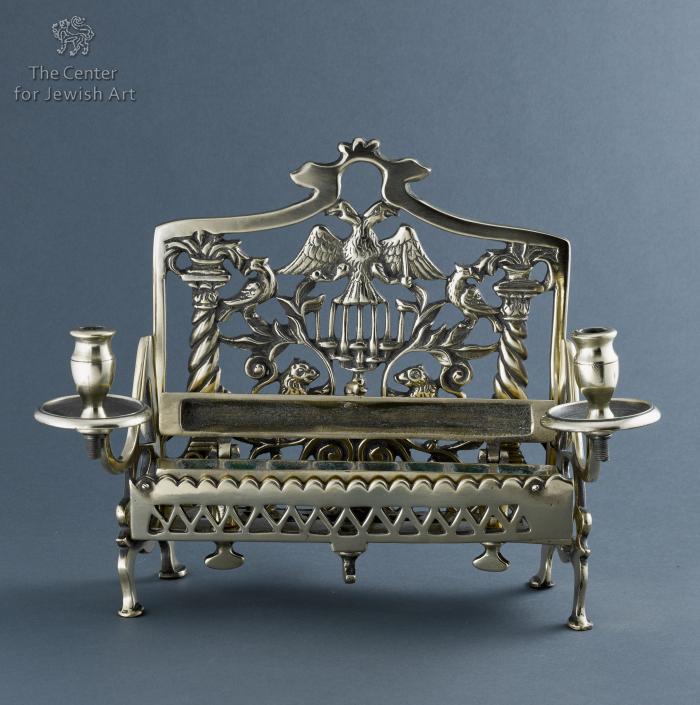