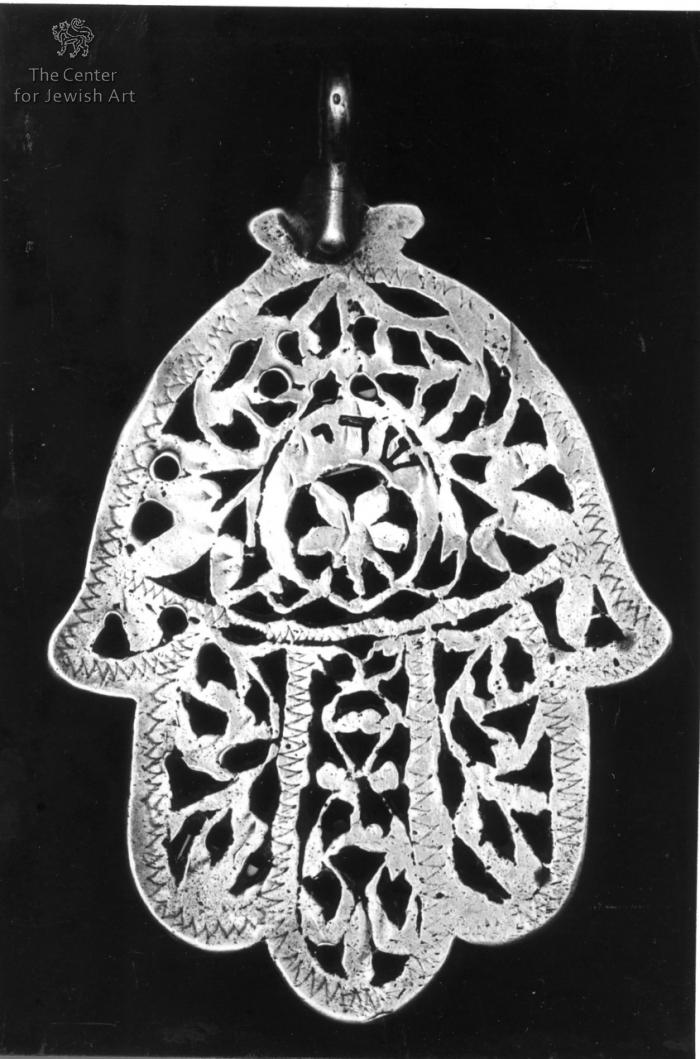 This is the typical form of a "hamsa", in cast silver, as used in Tunisia, with one of the names of God inscribed on it. The star and crescent in the middle strongly indicate the origin in a Muslim country. The use of the "hamsa" (the hand of Fatimah) was a common amuletic device in North Africa in general and, most prominently, in Morocco, Algeria and Tunisia. While in Tunisia, the amulet was most often crafted in cast metal, in Morocco it was usually made from sheet silver. As contrasted with the Middle East and Asia, where the metal amulets contained inscriptions, sometimes quite long and for specific reasons, the amulets of North Africa were of a more general protective nature and mostly without inscriptions. The crescent and the five-pointed star are both devices which lend protective power to the hamsa.

The hamsa is arguably the most popular form of amulet against the Evil Eye and is used in a large number of countries in the world of Islam. Probably originating in Moslem Spain of the 12th or 13th century, it crossed the sea to Morocco with the expulsion of 1492 and spread across North Africa to the Middle and Far East. 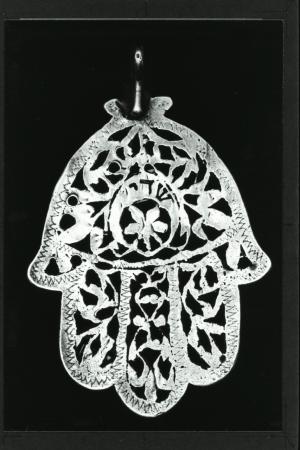 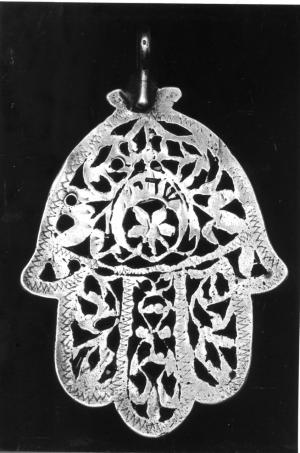