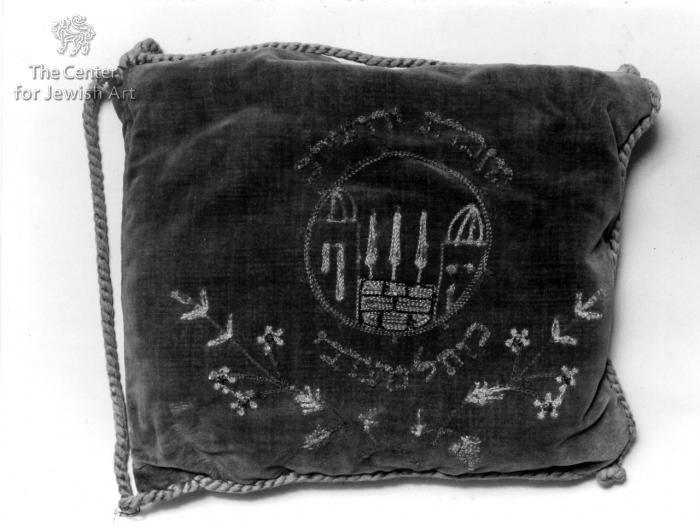 The rectangular Talit bag comprises of a bag and a cover. It is closed by two loops, attached to its elongated side. Two buttons for closing appear on its other side.

The Western Wall, depicted as three-row brick wall with three cypresses on it appears in medallion in the center of the back side of the bag. Two buildings topped by a dome flank the Western Wall.

Two inscriptions written in square-filled letters decorate the bag. The first one is represented above the medallion repeating its form and reads: “מזכרת ירושלם” “remembrance (souvenir) ofJerusalem”. The second one appears in the same way below the medallion and reads: “כותל מערבי” “Western Wall”.

Two thin symmetrical branches bearing leaves and flowers grow diagonally up from the center below the lower inscription.

A twisted rope frames the bag from above, below and the right, while on the left it becomes a loop for bringing the bag. 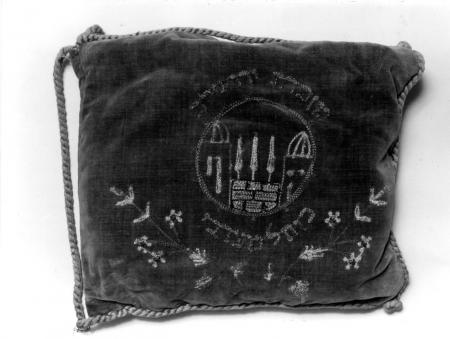 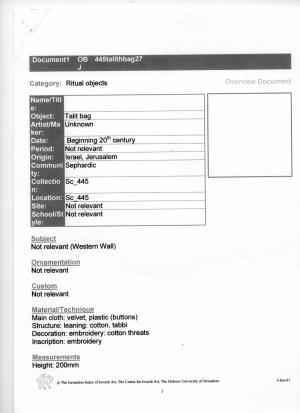 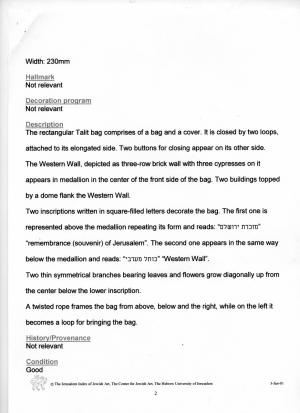 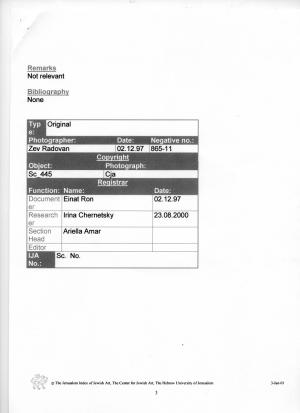 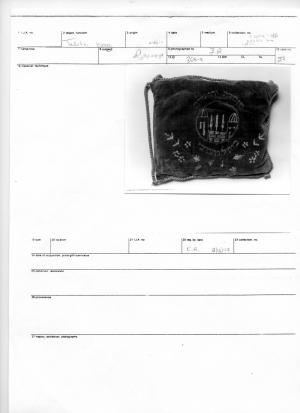 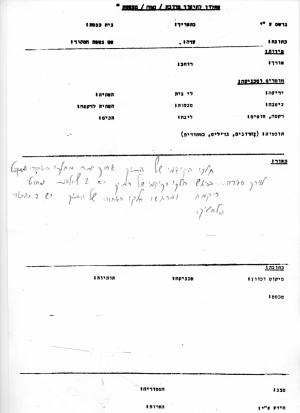 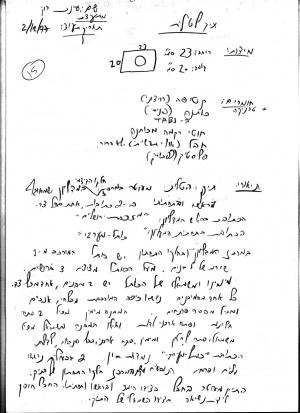 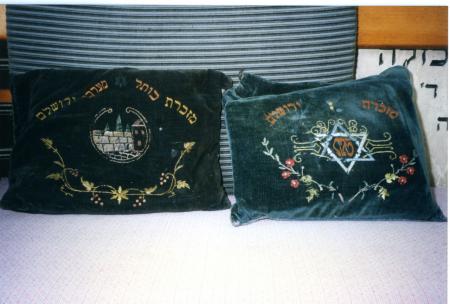 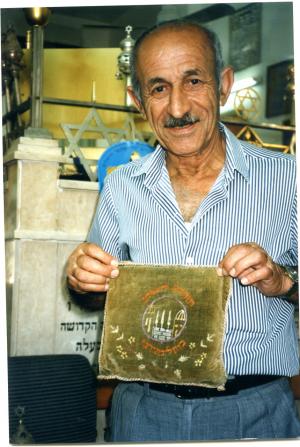