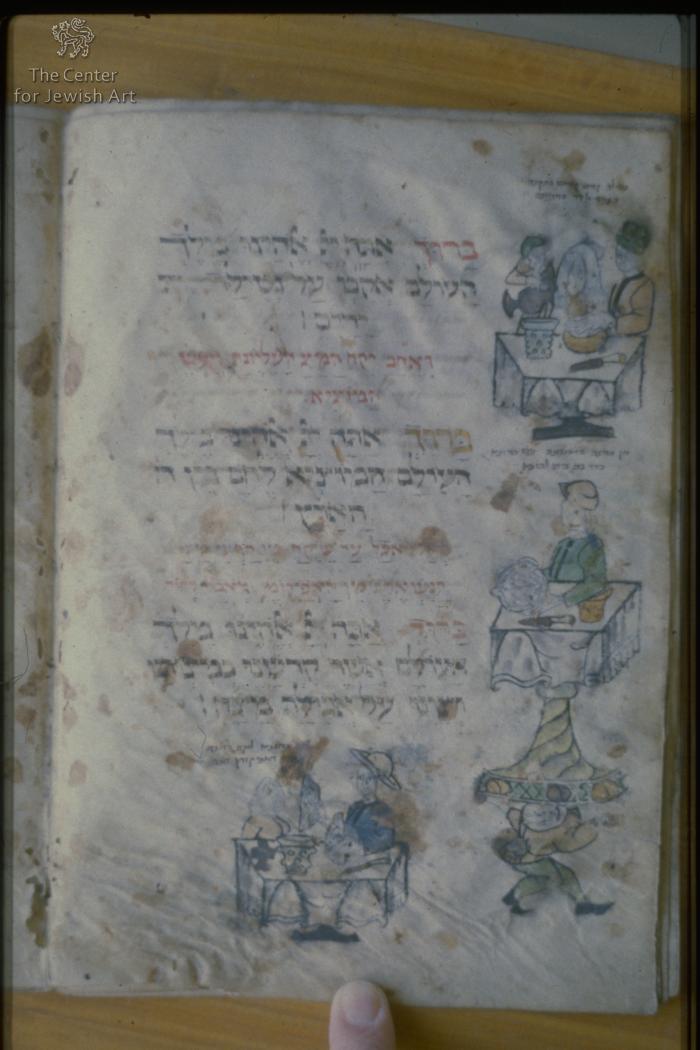 The two facing pages (fols. 25v and 26) are illustrated in their outer and lower margins by consecutive rituals conducted during the Seder ceremony. The illustrations on both pages start from the upper top corner.

On the top right corner of the outer margin, is a man sitting at the table, holding his hands over a metal basin, while a servant pours water over them from a ewer, and offers the man a long towel. Inscribed above them:

"The washing of the hands was fixed before the kiddush by the command God, who dwells in his dwellings" (see: Remarks).

Below it, another man is sitting at the table, holding up a decorated round mazah. Inscribed above:

"From the upper mazah he will take a piece, and recite hamozie ("will do hamozie"; blessed the One who grows bread from earth), in order to exempt the people in his household (from reciting it themselves)."

The square table stands on a spiral leg, supported by a human grotesque. To the left, in the lower margin, a couple is sitting at the table. The man is holding two half mazot, about to hide the afikoman. Inscribed:

"When reciting 'hamozie', one takes half of the mazah left of the afikoman."

The three tables are set with a knife and an additional large cup.