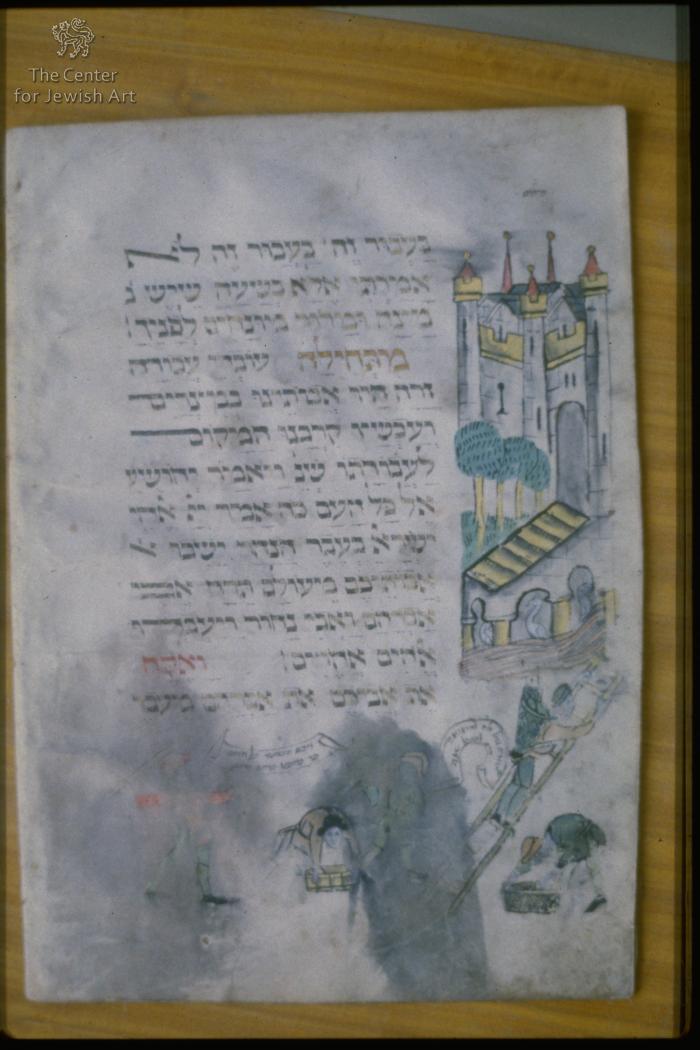 At the foot of a tall castle, depicted in the outer margin and representing the city Pithom (inscribed), are four Israelites mixing mortar, climbing a ladder and carrying baskets. On their left is an Egyptian taskmaster with a raised club, who watches them working (Ex. 1:11). Inscribed near the Israelites:

"Hard work with no rest was for them every hour."

Inscribed near the Egyptian:

"The guard hit them on their heads (literary: brains) almost until their soul fled."

The castle is surrounded by a moat with water and swans in it.