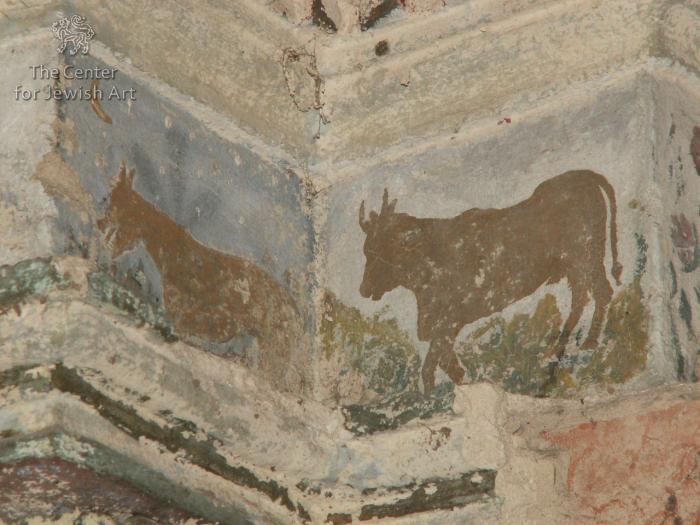 The tribe of Manasseh is represented by a bull in a field, according to Deut. 33:17: "In majesty he is like a firstborn bull; his horns are the horns of a wild ox."

The tribe of Benjamin is represented by a wolf, according to Gen. 49:27: "Benjamin is a ravenous wolf; in the morning he devours the prey, in the evening he divides the plunder." The wolf is depicted under a moon.