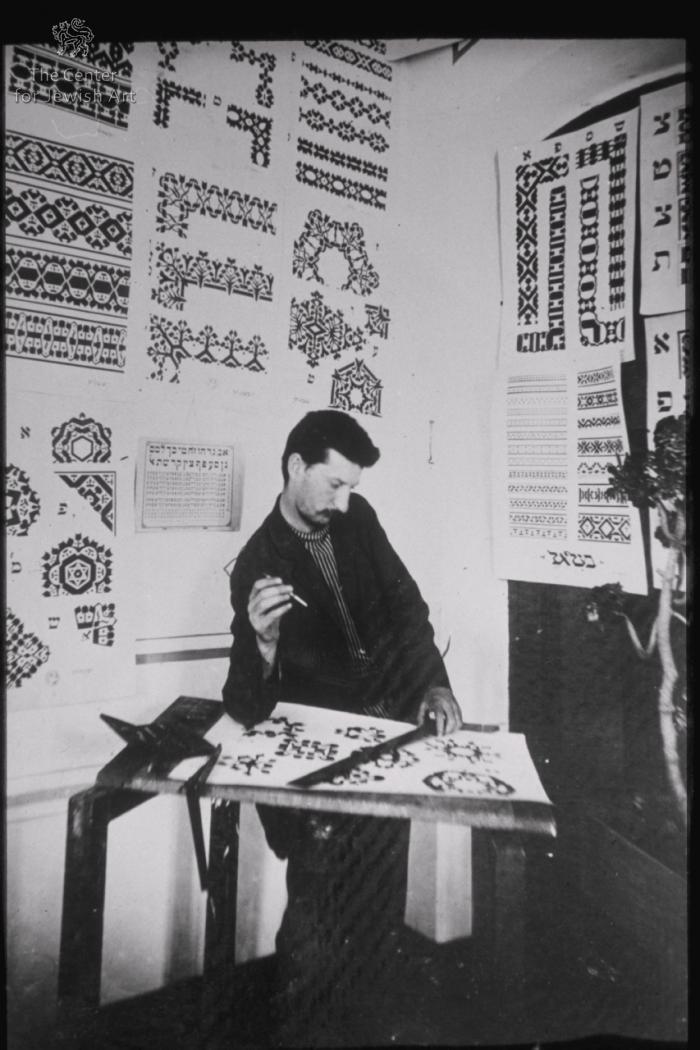 Stark studied in Bezalel school of art from 1906.

He specialized in using the Hebrew letter as a decorative element.

The graphic lettering department in the “old” Bezalel aimed to revive the Hebrew language and to apply it to the visual arts as a distinctive Jewish feature. The artists who worked in this department, such as Jacob Schtark, Ze’ev Raban, and Meir Gur Ari’eh experimented with new designs of Hebrew characters in order to integrate them into the “new Jewish artifacts.” Some of the designed letters were so stylized that they became a decorative pattern rather than a readable inscription, imitating Arabic letters fashioned in arabesque. In the “old” Bezalel the Hebrew characters accompanied the objects and architecture, as decorative elements