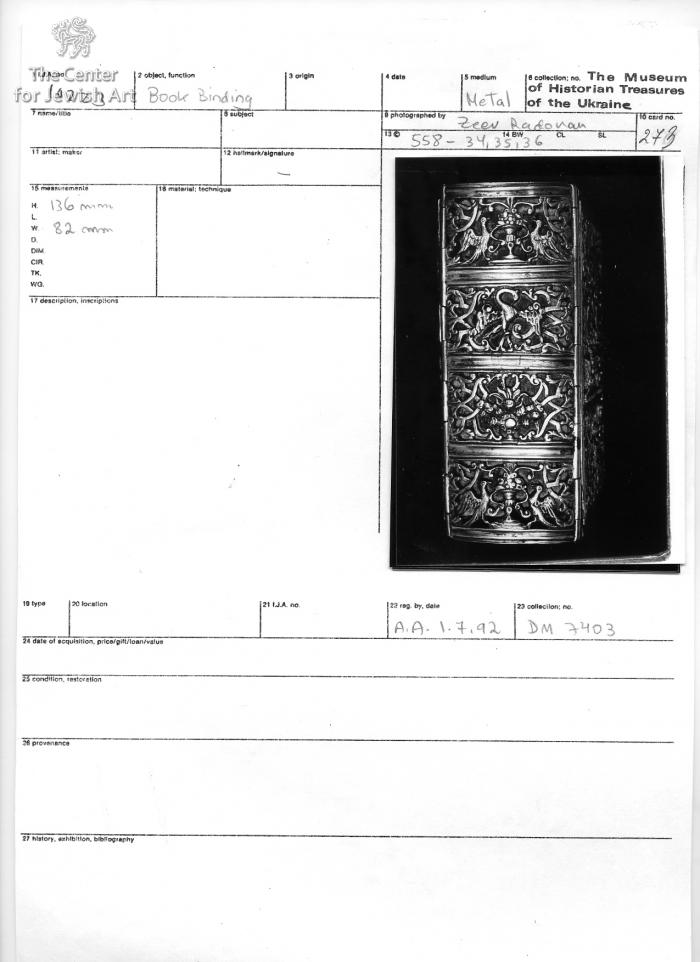 The silver bookbinder is composed of a front a back and a spine.

The front and the back depict a basket bearing flowers perched on the backs of two lions couchant guardant. The basket is flanked by birds and surmounted by a crown. The lions are lying on another basket that resembles a capital with a conch in it. The capital surmounts a lion rampant regardant. This is surrounded by scrolls done in openwork.

The spine is divided into four strips. The top and bottom strip are similar and depict a vase with flowers flanked by birds. The second one from the top depicts a long necked bird pecking itself and the third strip depicts a vase.