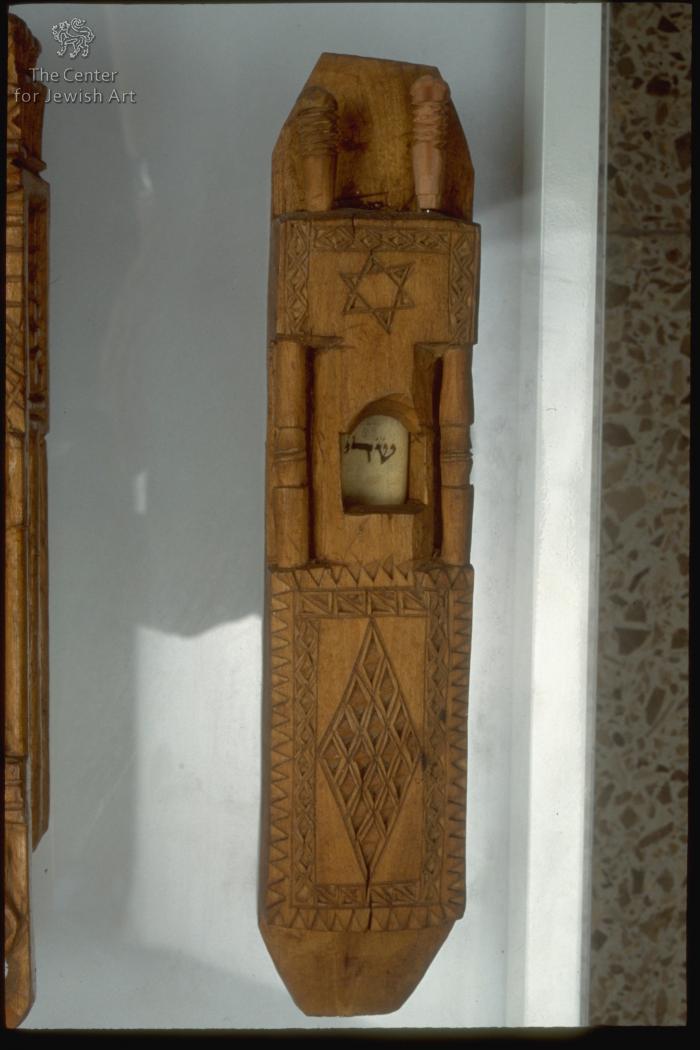 The rectangular wooden mezuzah cover consists of one unit## Its decoration is divided into two sections.The central section is a gate-shaped balcony composed of two unattached undulating columns surmounted by a stepped gable with geometrical patterns.An open square window is situated in the depth of the gate.

The lower part of the mezuzah is decorated with a protruding balcony composed of two undulating unattached columns and a rounded edged base. The background has rounded edges and bears on its lower part oblique opposite lines.