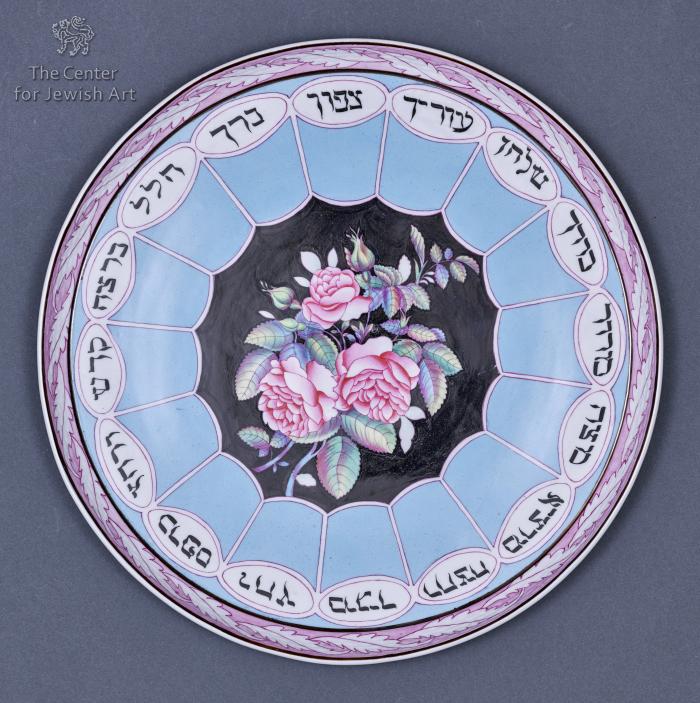 One of the most prominent items for the Passover table is the plate, which was made for the festive meal in many materials.  Ceramic was a popular medium, although the fragile nature of the material and the yearly use has left few examples for consideration in our day.  In Hungary. the firm making the finest painted porcelain and pottery was the firm of Herend. This factory was founded by a Jewish man named Fischer in the mid 19th century. Only a few pieces of Jewish work are known from this prestigious firm, the equivalent of the German Meissan production in Hungary. The floral design on this plate was first used in the 19th century, although this example shows the continuation of the tradition into the 20th century. Such plates are exceedingly rare. The Hebrew inscription around the rim records the words indicating the various ritual actions for the Pesach Seder meal.