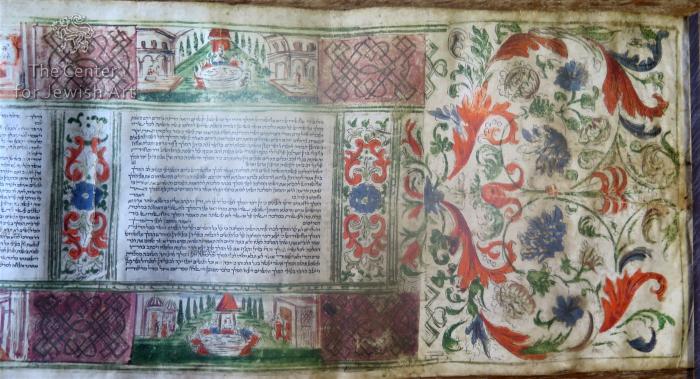 The first sheet contains the opening decoration and three panels (nos. 1-3) with six columns of the text (nos. 1-3).

Opening decoration: The symmetrical composition of flowers, tendrils, and acanthus leaves; the same as at the end of the manuscript.

The first panel is surrounded by a printed and colored border including: