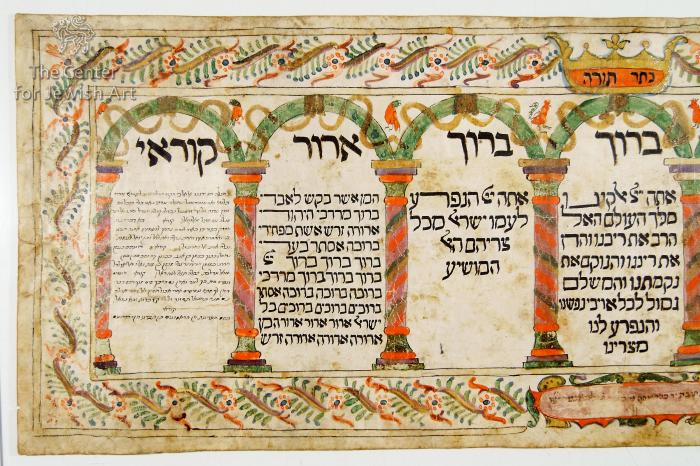 Each of the benedictions occupies a single arcade and starts with an enlarged and bolded word ברוך – "blessed". They are followed by the liturgical poems which open with the words ארור - "cursed" and קוראי - "reading" written in a similar manner, despite the text of the latter is copied in the semi-cursive script. The arcades are bordered with a decorative frame composed of floral motifs and between the arcades, small birds appear. Above the central arcade, there is an elongated crown inscribed in Hebrew כתר תורה - "crown of Torah".