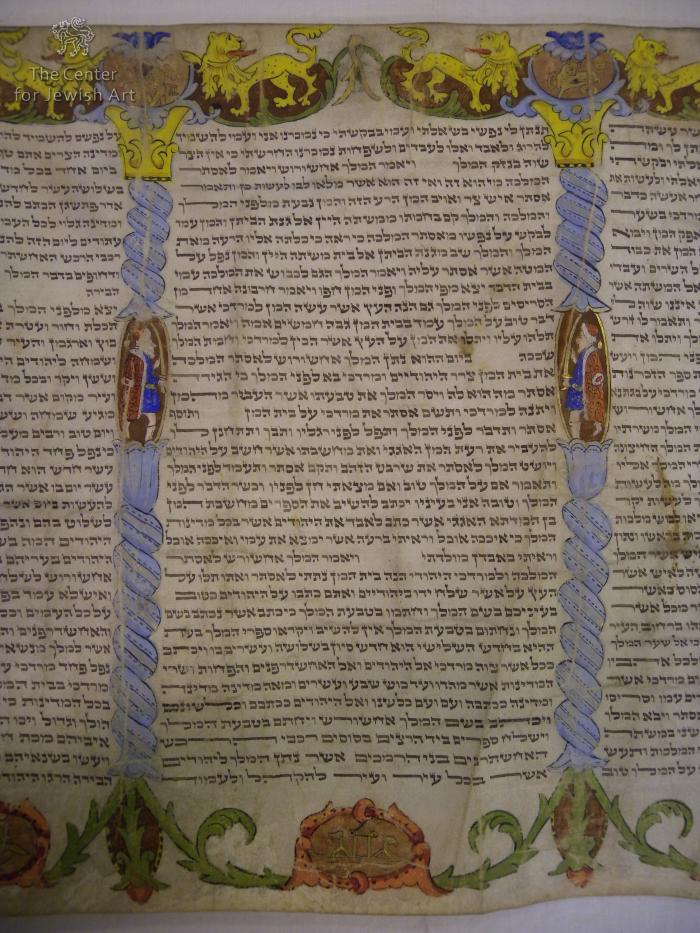 Text column no. 7 (sheet no. 2) is surrounded by hand-painted decorations including the signs of Taurus and Gemini; men with sabers (possibly the king's courtiers or the princes of Media and Persia listed in Es. 1:10 and Es. 1:14); and tents - the symbol of the tribe of Gad.

The text is written in Hebrew square Ashkenazi script with tagin in dark brown ink on parchment membranes that are rather thick, stiff, suede, and grey.

The ruling – horizontal and vertical lines - is made with a hard point, along with the sheets. The lines are especially visible on the blank opening section of the scroll.