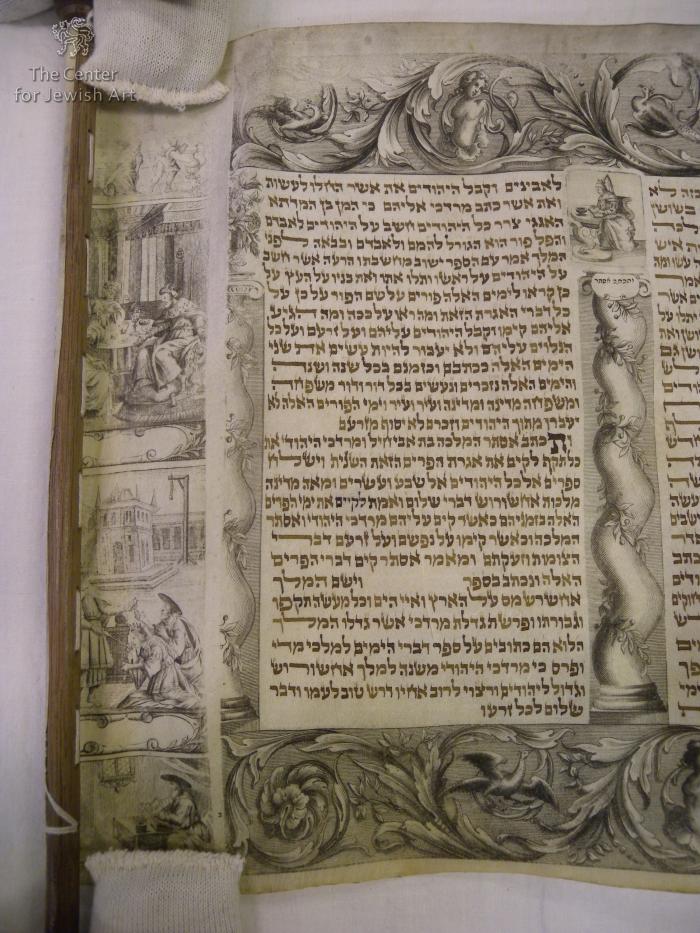 Text column no. 15 (sheet no. 4) is surrounded by the printed border. The upper and lower margins are decorated with a composition of dense acanthus leaves in which nude busts, landscapes framed in decorative cartouches, and birds (possibly phoenixes) are interwoven. The text is flanked by twisted columns; above them, Esther writing the Purim letter (captioned ותכתב אסתר, Es. 9:29) and a partly visible flower-filled vase are depicted.

On the left, the final panel composed of four narrative scenes from the Book of Esther one under the other can be seen:

1) possibly the first Purim feast (Es. 9:17-23); in this scroll, the scene is printed very poorly and its upper part is invisible;