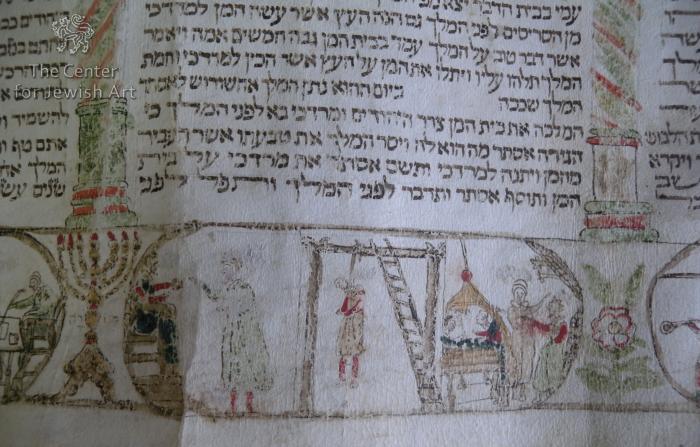 On the left side of the frame, a menorah is depicted.