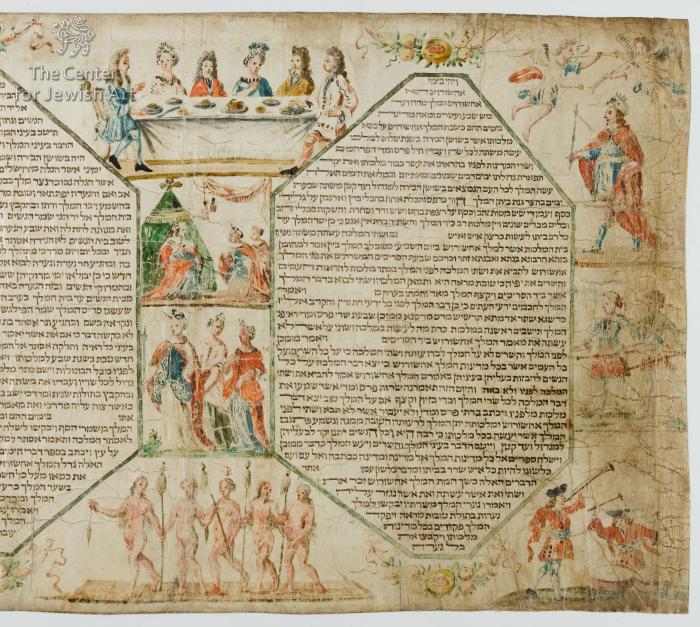 The first text panel is surrounded by seven depictions:

1. King Ahasuerus and two angels with trumpets above him.

3. Two musicians, one with drum and the other with trumpet. They may be announcing the king's decree.

4. Several men and women seated at a long table set with food - possibly depicting both feasts given by King Ahasuerus (Es. 1:3-8) and Queen Vashti (Es. 1:9).

5. The king seated under a canopy with two women kneeling before him; most likely the king choosing Esther as queen (Es. 2:17).

6. Possibly Esther as the queen (with a scepter in her hand) attended by two women, possibly her maidservants.

7. Five nude women with spindles in their hands, most likely alluding to a tale in the tractate Megillah 12b in which Vashti "would bring Jewish girls, strip them naked and forced them to work on Shabbat." However, other interpretations are possible.