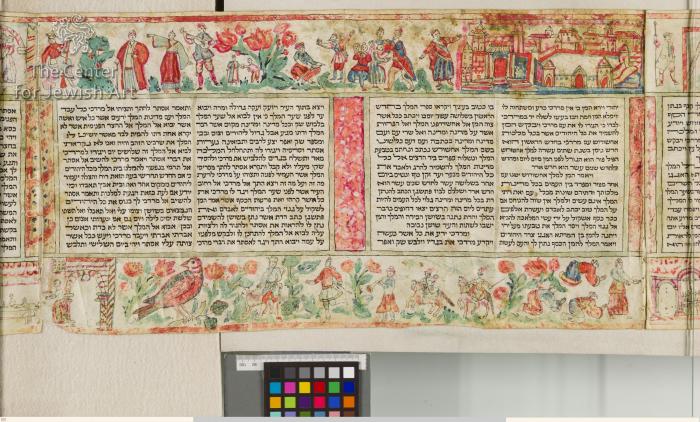 Text panels nos. 7 and 8 (sheet 3) surrounded by the hand-painted decoration.

11. A group of several men wearing Chinese costumes who represent Mordecai and the Jews in mourning (Es. 4:1-3).

12. A group of men (two of them are on horseback, one blows a trumpet, the next one is walking, and yet another one is a hunter - the king's messengers delivering Haman's decree (Es. 3:13).

All the above-listed figures are depicted against the background of oversized blossoming plants.

14. A gate that is a part of the illustration depicted on the next membrane.