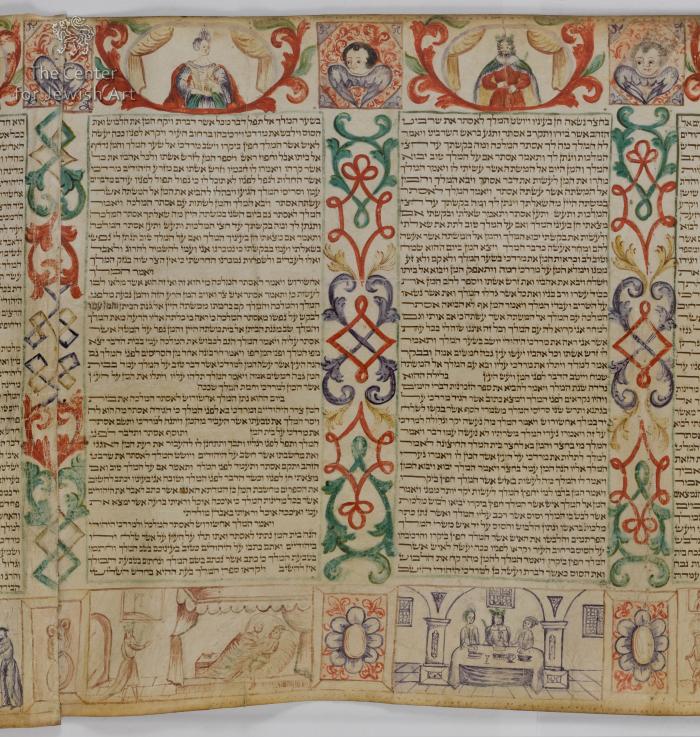 Text panels nos. 5 and 6 (sheet 1) surrounded by a decorative painted border. In the upper margin, medallions with busts of the king and possibly Queen Esther are placed. In the lower margin, there are 2 frames nos. 5 and 6:

Frame 5 shows the table with three figures: the royal couple and Haman. It is difficult to determine which of two Esther's banquets is depicted here but it is more likely that this is the second feast (Es. 7:1).

Frame 6 includes two episodes. On the left, can be seen the king who returns from the palace gardens while Haman is begging Esther for mercy and is falling on her bed - on the right.