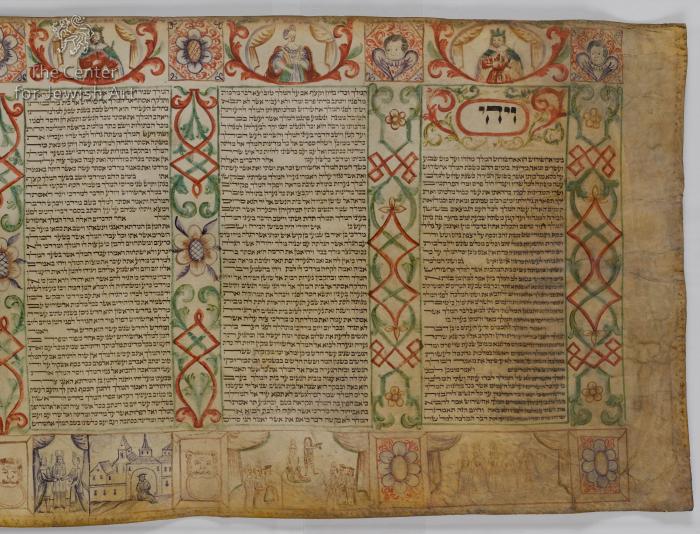 Text panels nos. 1-3 (sheet 1) surrounded by a decorative painted border. In the upper margin, medallions with busts of the king and possibly Queen Esther are placed. In the lower margin, there are 3 frames nos. 1-3:

Frame 1 depicts figures of 5 women standing in a row; it is difficult to interpert this scene in the context of the Esther story.

Frame 2 depicts the moment of the execution of Vashti (not mentioned in the text). The queen is kneeling on a pedestal and the executioner is just about to behead her with a sword. The scene is witnessed by six people (three on either side).

Frame 3 includes two scenes. On the right and in the center, Mordecai at the palace gate is depicted (Es. 2:19 and/or Es. 2:21); in the background several buildings are visible. On the left, the marriage of Ahasuerus and Esther is depicted (not mentioned in the text).

In the upper part of the first panel, enlarged initial word is inscribed in oval and surrounded acanthus leaves.