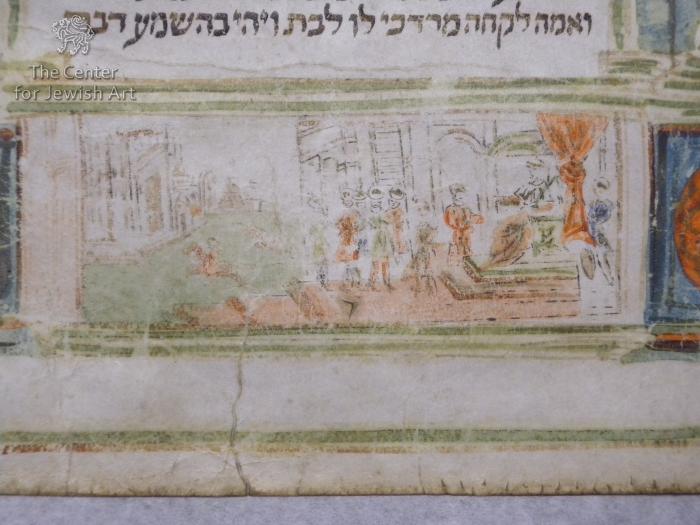 Frame 3: On the right, Ahasuerus sits on his throne, accompanied by the seven princes of Persia and Media (Es. 1:14). He holds a scepter in his left hand and his other hand points to a man, most likely Memucan, who stands before him. Six other men stand behind Memucan (?) and there is a soldier behind the king's throne. The scene illustrates the moment when the king asks his advisers for advice regarding the fate of Vashti (Es. 1:13-20). On the left, two royal messengers ride on horseback towards a city in the background (Es. 1:21-23).