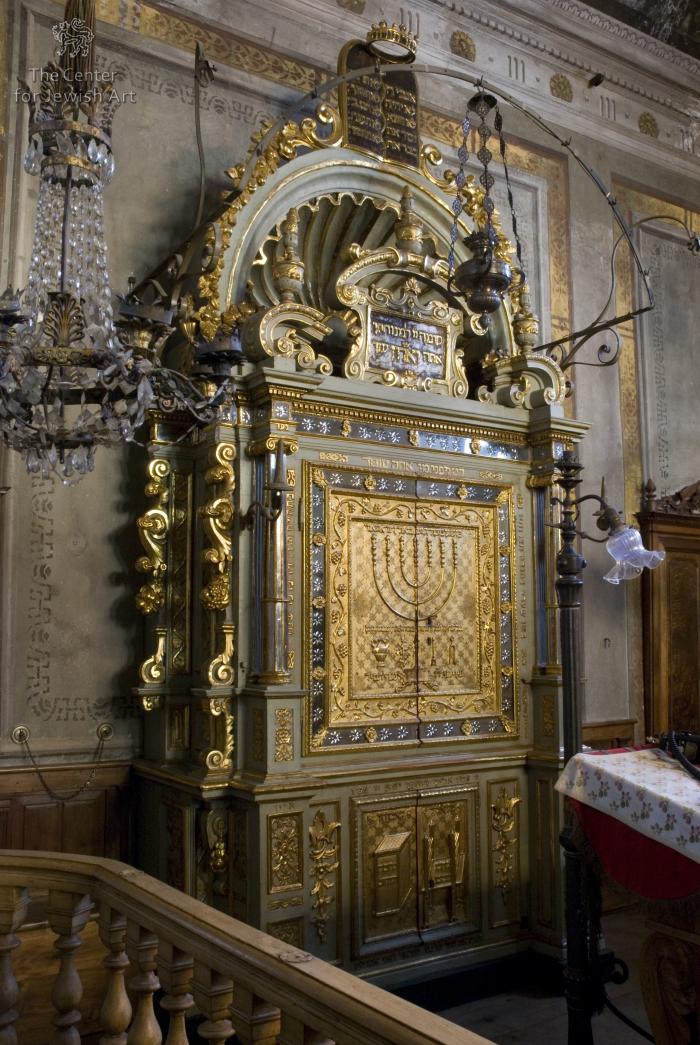 The late 17th-century Tora hArk was not replaced in 1884, and its façade follows the tradition of the Piedmontese arks, before the Emancipation (compare to the arks of the synagogues in Chieri, Mondovi ,Asti, Casale Monferrato, Beit Zekenim in Torino, and the Torino Vercelezi's ark, now in the Eretz Israel Museumin Tel Aviv). The ark comprises two tiers; each is blocked by a double-winged door, adorned with Sanctuary Implements, such as the Ark of the Covenant, the seven-branched Menorah, the Shewbread Table and the Sacrifice and Incense Altars, on the surface. Mount Sina iwith the Tablets of the Covenants enclosing the Ten Commandments, appear on the inner face. Hebrew inscriptions accompany the Implements; some are Biblical citations while others are dedications.

The implements represent both the Tabernacle in the desert and the Temple in Jerusalem, expressing the wish to re-establish the Temple and carry out the liturgy there.