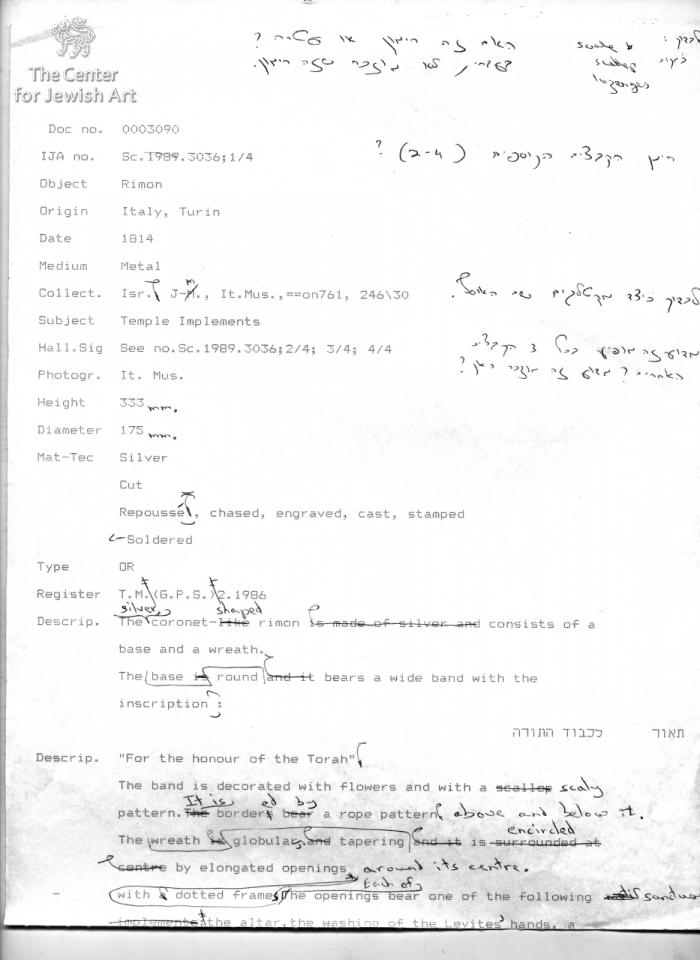 The coronet-like rimon is made of silver and consists of a base and a wreath.

The base is round and it bears a wide band with the inscription : לכבוד התורה !For the honour of the Torah!.

The band is decorated with flowers and with a scallop pattern.The borders bear a rope pattern.

The wreath is globular and tapering and it is surrounded at centre by elongated openings with a dotted frame.The openings bear one of the following implements: the altar, the washing of the Levites hands, a hanging lamp, the seven-branched Menorah, the priestly head-gear and the Tablets of the Covenant. Under the openings are ribbons linked to each other by a flower from which is hanging a fringe. A band with interlaced lozanges is depicted under the ribbons. Upon the openings are round arches which also rapresent the upper edge of the wreath. The arches are decorated with a floriate pattern. A vase with flowers is depicted between the arches. The entire decoration is upon a lozenges background.