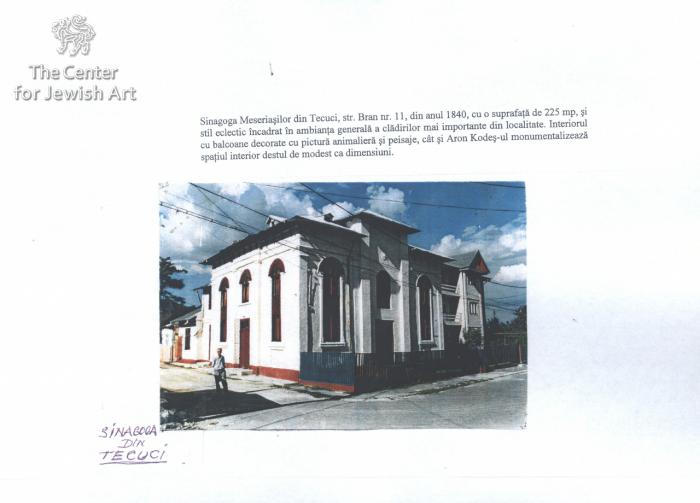 The Craftsmen's Synagogue was first erected in 1834 and rebuilt in 1908. Its square building measures 8 x 8 m and looks like a typical rich urban house blending with its surrounding. It is situated at the corner of two streets and entered from the west. The façades are divided by pilasters into three bays, each pierced by a high round-headed opening, which comprises a square window lighting the prayer hall in the lower tier and a round-headed window of the women’s gallery in the upper one.

On the eastern façade, instead of a traditional round window above the Torah ark, there are two round windows, flanking the interior placement of the ark. Both windows have glazing in form of the Star of David.

The vestibule of the synagogue serves also as a small prayer room.