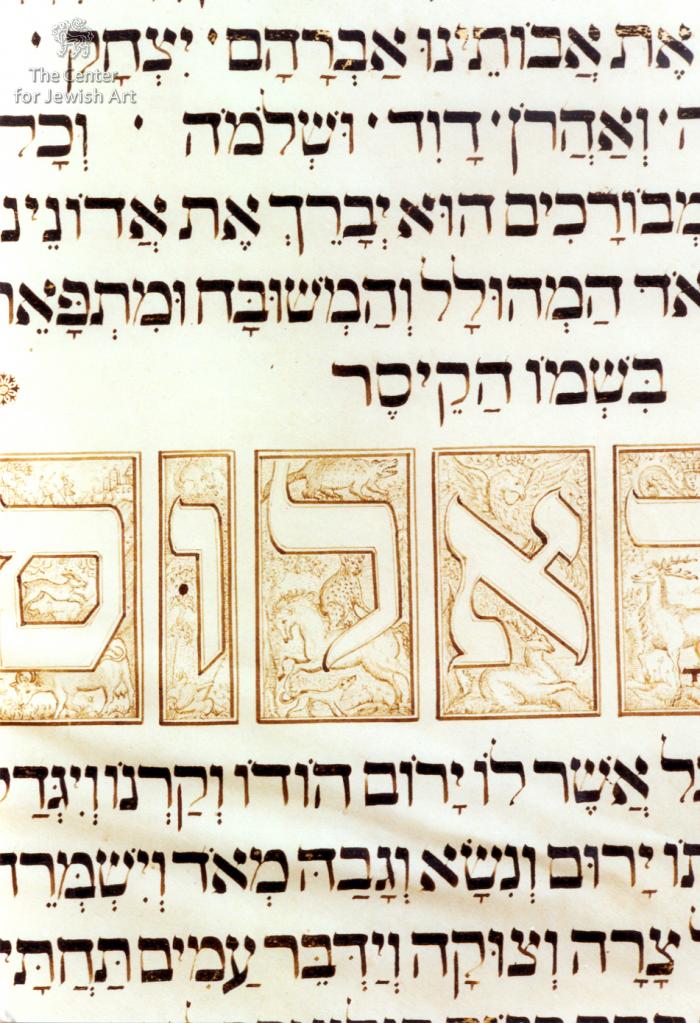 In the middle of the right and left columns is the name of the emperor Charles (קראלוס) written in six separate panels. Each letters is written on the spared ground parchment surrounded by animals and genre scenes in sepia. The panels on the right column including (from right to left): a beaver, a squirrel and a lion; a deer and a peacock; a laying deer and an eagle; a bear, a leopard riding a horse and a dog;  a squirrel and a resting hunter; two travelers between two cities, a running hare and a cow.