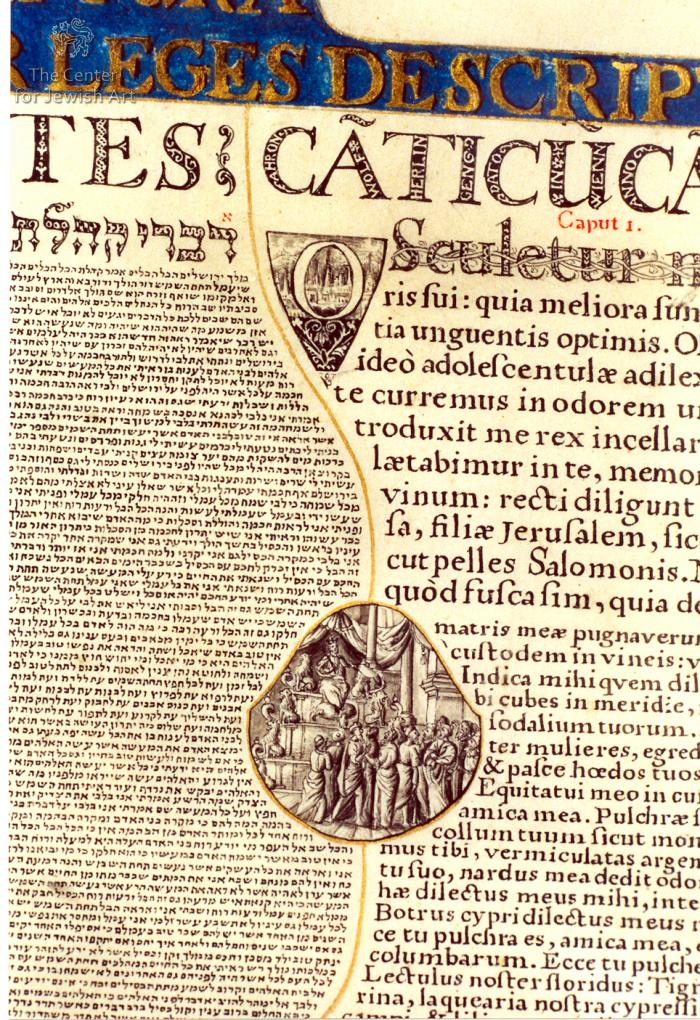 At the upper right part of the sheet, within a bell-shaped cartouche illustrating the Song of Songs, is the crowned bearded King Solomon sitting on a four-stepped throne flanked by lions with a lion at his feet. He is holding a scepter in one hand and handing out with the other a piece of paper (?) to the twelve sages standing on the right. The cartouche is framed by a thin gold line and placed between Song of Songs and Ecclesiastes.

The initial letter O(sculetur) opening the Song of Songs is written within a cartouche illustrated with the view of the city of Vienna with the tower of the Stephan-Cathedral at its center.