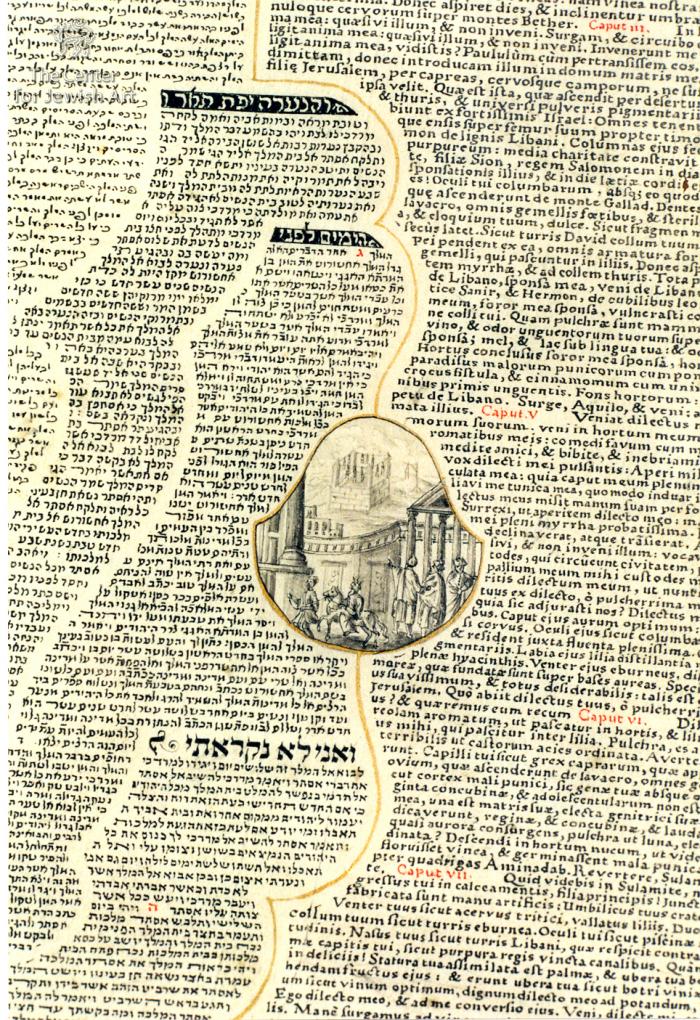 At the lower right part of the sheet, within a bell-shaped cartouche illustrating the Book of Esther, is Haman leading the crowned Mordecai on horseback through the city (Esther 6:10-11). In the foreground are three men. One of them is pointing at the background, where Haman is hanged on the gallows (7:10) and his ten sons are hanged separately on a large, square gallows (9:7-10). The cartouche is framed by a thin gold line and placed between the books of Esther and Song of Songs.